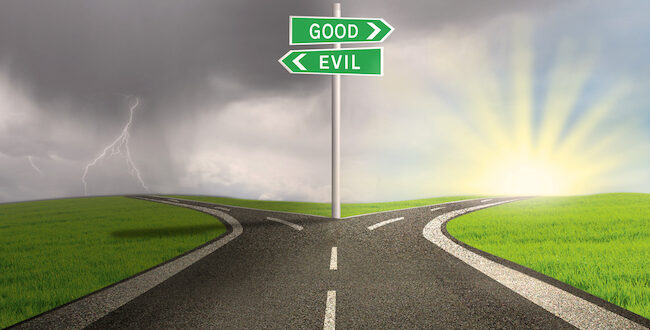 The general perception of freewill is our ability to choose between good and evil, right from wrong. However, what is right is not always what is good, nor does what is wrong always mean it is evil. An example of this was in Germany in WWII. It was against the law (not the right thing to do) to give shelter or aid to a person of Jewish decent. However, to conceal this person and aid them in their escape from persecution from the authorities was a good thing to do.

In the Eastern Orthodox Church, it is understood that God is good, and man was created in the image and likeness of God.

As an Icon of God

Man’s natural inherent will is the desire for good. In Galatians 2:20, Saint Paul says, “….it is no longer I who live, but Christ who lives in me….” Once the choice is made to have Christ live in you and to allow his will to become your will, then there is no need for freewill.

If man knows what is good, then why is it necessary for the freedom of choice? If man chooses other than good, he often yields to the impulses of the flesh and is dragged into the abyss of misdirection.

We know that God’s will for us is 100% for our benefit. Abiding in us, he aids us in governing our feelings, our mind, and thoughts. It is said when the Kingdom of God enters a man’s heart, the veil of ignorance is discarded from his mind.

Freedom of choice or freewill is a sign of imperfection, more often making choices that are not of good, increasing the propensity to sin, and leading to a gradual loss of divine nature and a clouded perception of reality. It is free choice that often leads us into slavery of the passions of pride, anger, jealousy, lust, gluttony, etc. It is only when we follow the good that benefits us and become truly free.

Orthodox Christians, in submission and obedience to their beliefs, may be seen in Western Christianity as a loss of something, an end to individualism and identity, restriction, confinement, a type of control or slavery, and most of all, a loss of freedom. Christ did not come to take anything away from us. On the contrary. He came to transform us from our fallen state to our original state of creation, to make dead men alive.

The Word of God implies I have come to free you, not to enslave you.

View All Posts
Previous VIDEO – Coffee Talk: Responding To Hate & Violence, Part 2
Next How Praying Can Bring a Positive Change in Your Familial Life