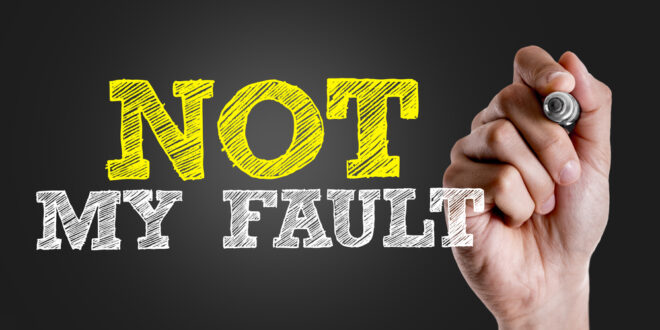 Freewill: God predestines us and gives us freewill

Freewill: God predestines us and gives us freewill

In some of my earlier columns, I’ve indicated I lean Reformed. This is not because of a Presbyterian orientation, although Reformed doctrine is still the official mode of the Presbyterian Church. That is, in becoming a member of the church, I promised I would uphold that doctrine.

But this is essentially a formality in the modern era, because the Presbyterian denomination has veered considerably from the original teachings of John Calvin and John Knox. I also have veered somewhat from these teachings.

The reason I still lean Reformed has nothing to do with Presbyterianism. It has to do with the way I read the Bible.

As I began to read the Bible for myself at the age of 30, I could not help but notice that Scripture is replete with the doctrine of predestination (Ephesians 1:3-5, Romans 8:28-29, John 15:16). Scripture plainly states that God is the one responsible for our eternal destiny, and that we cannot save ourselves (Ephesians 2:8-9, Titus 3:5).

Lutherans believe this as well. All of this stems from the Reformation, and from Martin Luther’s factual insistence that salvation is a free gift of God’s grace. We cannot through our own works earn our way to heaven.

But Luther went so far as to argue against freewill. In my mind, these are two separate though related issues. One’s eternal destiny is determined by God’s will. But that doesn’t deprive us of our own.

Were that the case, Jesus’ prayer at Gethsemane — a prayer oft-repeated by many believers — would have no meaning.

That prayer, of course, is “Thy will, not mine be done.”

The dynamic of human will in collision with that of God is all over the Bible. Abraham argued with God over who would be left in Sodom (Genesis 18:16-33). Does anyone honestly think that God was manipulating every suggestion of Abraham’s in that argument?

God would have to be awfully bored up there to be arguing with puppets.

Human Will Is Limited and Malleable

What I do want to suggest is that the powers of our wills are limited by multiple factors. Obviously, none of us has power over death, for example. We notice that everyone goes when their time comes, and no one can determine their time (Ecclesiastes 9:12). We cannot will ourselves out of jail cells or sudden catastrophes. But just because the power of will is limited does not mean it does not exist.

It only means that our Creator God knows a heck of a lot more about the choices we are likely to make than we do. He created all of us, even the wicked (Proverbs 16:4). He knows the kinds of choices we will make, according to the way he designed each of us, uniquely (Psalm 139:13-14). Does he govern each and every one of those choices? I don’t think so.

God is continually about saving me from the ultimate consequences of my misdeeds. Even the things I may think I am doing perfectly well are fraught with potential error (Proverbs 14:12, Isaiah 64:6). If I’m about to jump off the edge of a cliff, and it’s not my time to go yet, my God has more than once kept me from taking that dive.

I can think of at least two occasions when the loss of a job had thrown me into despair, and I suddenly received an offer for a dream job I had not even applied for. Did I will this to happen? No.

Did God will it to happen? I strongly suspect he did. I believe God whispered into the potential employer’s ears that I might be a good person for that job. And my will was strengthened as a result.

At that exact moment, somebody I didn’t even know hired me, and I have been working for them ever since. God knew that work was what my soul needed. He provided it, and I acted accordingly. At no point in that process was my own will in any way dishonored or manipulated.

It was merely influenced.

Our powers of will are limited and malleable. Weakened wills can be strengthened by unexpected support from external sources. But there is essentially no evidence either in Scripture or in life itself that we don’t have freewill. The Bible is all about people making choices — often bad choices — and then being held accountable for the consequences of those choices.

Jonah freely turned 180 degrees from where God wanted him to go. God, having more power than Jonah, just as freely worked out a way to get Jonah to Nineveh anyway — despite Jonah’s will to the contrary.

Would the writer of these words be advising us to “draw near” to God, if we did not have personal power to do so? Of course not.

“But if it is unpleasing in your sight to serve the LORD, then choose for yourselves this day whom you will serve” (Joshua 24:15a).

Would this suggestion even make sense if we did not have power of choice?

No. It would not.

In the greater picture, perhaps God is the one who influences our minds to draw near to him at those moments. In fact, I doubt seriously there has ever been a moment when I’ve chosen to seek God without his first having placed a little bug in my ear. After all, none of us by nature seeks after God (Romans 3:10-12). By human nature, we seek after everything but God.

But it still takes an act of conscious human agency to do God’s bidding — and anyone who thinks otherwise is at risk of disavowing responsibility for their actions.

If we think that we don’t have freewill, we can so very easily slough off moral responsibility for our choices, because we’ll just say: “Well, I don’t have freedom of choice anyway, so I didn’t mean to do it!”

As they used to say in the seventies, “Tell that to the Judge.”

Of course we are responsible for our actions. While Eve may have been deceived and beguiled, and may have taken of the forbidden fruit (Genesis 3:6) before the concept of sin had even come into the world (Genesis 3:7), Adam was fully aware of what he was doing, and he chose to please his wife rather than to please God (1 Corinthians 7:32-34).

Everything was created through Christ (Hebrews 1:2. John 1:3). In his death on the Cross, he assumed full responsibility for the peccadilloes of his creation.

This is why we are forgiven — and it is also provides the model for how we are in turn to forgive others.

I will confess I have had some anger issues. I was once counseled: “If you have to get mad at someone, get mad at God — because he can take it.”

I took the counsel so much to heart, I started getting mad at God every day and telling him what a lousy mess he had created to put all of us innocent human beings through, day after day, on this wretched planet.

One day when I was yelling and screaming as usual, I heard a still small voice.

“Andy, it’s true that I can take it. However, I need a little more from you than to simply get mad at me every single day.”

It was then that I realized something.

My strict adherence to the quasi-Calvinist notion that we did nothave freewill was causing me to blame God for all kinds of things for which I myself am responsible. God had become the scapegoat for all my moral turpitude.

I could say for the rest of my life, “It’s all God’s fault! I didn’t ask to be here!” But what good does it do? Does it change anything?

Better to say, “All right. I don’t know all the ins and outs of what it means to have been created in your image. But I do know that if I want to be about making a difference on this planet, I need to stop blaming my anger on you and others.”

It was then that I fully embraced the reality of human agency. If we humans want to make an impression upon an all-powerful and sovereign God, we all need to stop blaming our issues on others.

Maybe then we can unite to clean up the mess we’ve made of this planet.

We can but hope.