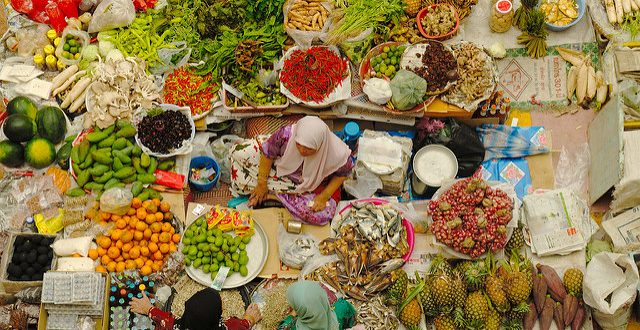 Freeing religion from ethnicity: what I learned in Malaysia

If one stays in Malaysia for any longer than a few days, it is almost guaranteed the term “One Malaysia” will cross their ears. Malaysia is a diverse country, both in its people and geography. This is both a blessing and a curse. Although it can be a lovely tourist attraction, it is difficult to develop a national identity with a multitude of ethnic and cultural identifications. Malaysia constantly encourages a wholesome nationality through the persistence of unification messaging like “One Malaysia” in hopes that it will construct a national personality above the ethnic segregation existing in modern day Malaysian communities.

A few decades ago, the Malaysian government declared Islam as the state religion. However, due to its immigration history, Malaysia’s constituency has sizeable populations of Chinese, Tamil, Orang Asli (indigenous), Malays, and various other SE Asian immigrants. Depending on the location on peninsular Malaysia and Borneo, one might find schools with 70 percent Chinese, schools with 70 percent Orang Asli, or 70 percent Malay (a hodgepodge of ethnicities, but self-proclaimed Muslims). Due to cultural heritage, the Tamil students tend to religiously identify as Christian, Hindu, or occasionally, Muslim. The Chinese have their Taoist temples, and one criterion to make Malays, Malay, is that they identify as Muslim. Lastly, the Orang Asli, after are newly identified Muslims or with their indigenous religion(s).

Since the government authorized Islam as the state religion, it understood that it could neither require nor coerce its non-Muslim populations to be or become Muslim. Therefore, it must protect and allow for the freedom of religion due in part to its constitutional existence before the Islamic state declaration. To do so, Malaysia’s government took what I like to call, the “appropriate equally” approach. Like in algebra, what is done to one side of an equation must be done to the other. They applied this to its people. For example, some schools in Malaysia, the Muslim population wishes to have one week for Hari Raya. Therefore, the other populations receive one week off for their most significant holiday. The school takes off one week for Chinese New Year and then one week in October for Deepvali. In geometry, it solves the problem. But what happens when students, or the community, do not recognize as any religion or with any of the options?

As a Fulbright English Teaching Assistant in rural Malaysia, I noticed in the canteen, in our community, and in the classroom, everyone self-segregates. The Tamil students sit together in the back corner, the Chinese students on the other side, the Orang Asli together on the other, and the Malay in front. Even though my school is very diverse as far as Malaysian schools go, I realized not many of the students know or understand much about their peers’ religions. Some of my Tamil students celebrated Thaipusam in February and not one of my Chinese or Malay students knew it occurred or what it was.

The other week, my school asked me to lead a motivational conversation for non-Muslim students to encourage and motivate hard work at school while the Muslim students attended another seminar. After I gave a 20-minute speech, I ran a jeopardy game with varying questions. “Malaysian Facts 300” came around and the question was, “What is majority religion in Malaysia?” The responses were as follows: Orang Asli, Tamil, Chinese, Malay, and Muslim Malay.

I looked at the fellow English teachers and asked them if the students knew the difference between religion and ethnicity. They all responded with “yes.” I had broken the students up into varying grades, at the very least, one of the older students should have known in each group. Bemused, I proceeded to delineate the difference between religion and ethnicity. I explained that religion is personal and something one believes in like Allah or Krishna. It is tradition, rituals, and personal faith, spirituality, or lack thereof that connects you to the universal order. Ethnicity is belonging to a social group that is often personally assembled by location or cultural similarities like Orang Asli, Tamil, or Chinese. I then asked again if the students wished to change their answers and all of them shook their head no.

Their answers tell me not only do my students not recognize the difference between religion and ethnicity, but that they are learning this from their families… reinforced by the government, their communities, and Malaysian society including music, television, radio, their peers, and best yet, the education system. Secondly, they are associating religion with expectations. Conflating religion and ethnicity is a conflation between community and personal identities. My students understand, and therefore presume, that because their skin is a certain color, they must belong to a particular religion, tradition, etc. Rather than looking at religion as a personal identity, they reckon it is chosen for them.

As a collectivist- centered state, I understand how this might be translated to each of these respective communities. It is easy for a country to equalize religious freedoms if ethnic populations are lumped together. It is easier to give one week off for Deepvali, one for Chinese New Year, and one for Hari Raya if these are the three main populations. There are religious protections granted in numbers. It is easier to be protected as a whole rather than individually.

However, what happens when my students recognize themselves as a Muslim Tamil, Hindu Chinese, or better yet, a none- Malay. Does the geometric theorem still apply? Do they receive double or less advantages? Is this still freedom of religion if there are advantages, consequently disadvantages, if they do not fit into the boxes outlined by the government. At what point are holidays and traditions protected if they are compared and weighed against one another? The essence of freedom, liberation from advantageous comparisons, resigns. Inadvertently, my students are forced to remain, rather than choose. Those whom do not wish to remain have no other options and therefore continue to abide and endure.

Insofar as freedom requires choice, existing without choice lacks freedom. To offer freedom of religion is to offer an opportunity to “opt-in,” “opt-out,” “choose other,” “choose none,” or “remain” without repercussions instead of “persisting”. The freedom of religion presents infinite options and an opportunity to explore personal perspective. But it cannot do so if the constituency continues to glue religion to ethnicity. We as a human race must accept, respect, support, and preserve ethnic diversity, but simultaneously, disconnect the expectation that ethnic preservation requires spiritual immobility.

Although I use my personal experience in Malaysia as an example, does not mean I condemn or condescend the actions taken by Malaysia’s government, but the contrary. A “freedom of religion” state is a sign of respect for its people and a promise to accept unconventional thought and ritualism, which only breeds religious and cultural respect. However, freedom of religion is not as simple as a sanction. Countries around the world struggle to define, implement, and exercise freedom of religion. It is its own labyrinth convoluted by varying human populations, beliefs, traditions, cultures, and centuries of these actions repeated over and over again. It is our job to attempt to navigate the maze while offering as much opportunity and respect to the populations it involves.

MacKenzie Bills is a Report Editor for the International Religious Freedom Report for the U.S. State Department where she focuses on countries in Africa and Southeast Asia. In her spare time, she supports the Religious Freedom Center at the Newseum in Washington, D.C. as a Civil Dialogue Facilitator and Trainer. MacKenzie is an interfaith and civic engagement activist and serves as an organizing member for the DMV Interfaith Summit as well as on the Andrew Goodman Foundation’s Alumni Association’s Executive Board. Previously., she was awarded a Fulbright English Teaching Assistant in Malaysia working to engage religious minorities in a Muslim state as well as youth activism. Bills is most interested in comparative religious understanding in international policy, but specializes in the study of secularism. She can be reached at mbills19@gmail.com