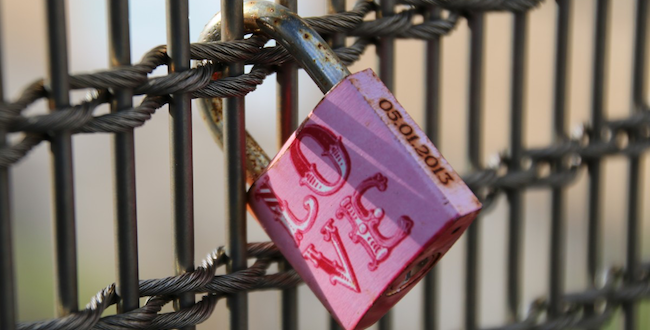 Freedom of Marriage: a Plight and Dream for Millions

I was in New Delhi, India, where the curry, feces and smog inflate one’s every sense. The colors, sounds and tastes are as plentiful as its people and history. People from many religions coexist here. Sikhs, Muslims, Hindus, Buddhists, Christians, Jains, etc, all consider the torrid land home.

At the surface, it seems like everyone is at peace with one another. Christians drink with Hindus and the country as a whole launches fireworks for Diwali (Deepavali in the south) for a new beginning and a profound cultural experience.

However, it wasn’t until I walked into the Pizza Hut to grab a small slice of pizza that I saw what religious coexistence looks like beneath the surface. My close friend and I met the loveliest man, Charles, and struck up a conversation. In our friendly and playful manner, we started asking him about his personal life. Does he have a girlfriend? Charles remained reserved with his new acquaintances. Could we be trusted? Who are we? Why do we want to know? Why do we care?

“Well, umm, there is someone…” We struck gold. Charles has a girlfriend. To complicate and better the romantic narrative, she works at Pizza Hut with him. That’s how this lovely Romeo and Juliet story began.

Being the hopeless romantic that I am, I was thrilled. I wanted to meet her. What a lovely narrative, but why the trepidation? Charles let us know that Susie (he calls her this for her protection) and his relationship is a secret. We are the only lucky two people to know.

He is obviously deeply in adoration. He speaks of her in the highest regard. She is caring, empathetic and amicable. And smart, too. Can they not date because of work regulations? If they cannot date, what will he do?

He is trying to find a sales job so he can provide for her. But the problem is not security, rather it is in the relationship’s forced secrecy. The relationship cannot blossom until it is open and free to their families, friends and work.

I am ignorant to these sorts of taxing relationships. I conclude, the problem is due to India’s social stratification. India has many rules and regulations of maintaining a particular social class. Charles could be one of the many in the Other Backward Classes (OBC). Although India’s constitution now requires the lowest caste to receive education and opportunity in every job, caste’s history is covertly laid out in every social situation, i.e. each city’s class segregation, business centers and university constituencies. If one moves into a caste above or below their class, this could cause much trepidation among families, friends and their communities.

However, this is not the case for Charles. This romantic plight is far more complex than I might have thought.

To my unfortunate and heart broken surprise, Charles and Susie cannot date because they believe and belong to different religions (and their communities).

In India, there are laws that say Muslims are not allowed to date Hindus, Sikhs, Christians and Buddhists. And vice versa, for all religions. It goes farther: women are only allowed to marry if the potential man is of her social class. There are many punishments and repercussions for those who do not abide by these laws. Unfortunately, religion is intertwined with social stratification.

India is not the only country with these unfortunate religious laws. India is one of about two dozen countries with no provision for civil marriage. Others include Israel, Jordan, Lebanon and almost all Arab states. Today, millions of people are unable to be happy and together because of their religion.

It is places like India where religion is used to manipulate people’s lives. Their personal lives and their destinies are determined by social stratification and the religious community they are born into. Inter-religious couples are hindered not by their capabilities but by oppressing social systems.

And here is the problem. In a globalizing 21st century world where class is fluid and it is the amount of money generated at the end of the day that provides safety and security, religious discrimination and social stratification maintain, contain and impede inter-religious populations from developing. The oppression against these minority populations not only impedes individuals’ personal development, but the foundation of developing classes in these countries. Pluralism is not only a solution for personal destiny, but for national maturation and a healthy economy.

As an American and an inter-faither, I cannot bare to see these hindrances when I have the opportunity to marry any person I choose. As an optimist, I am hoping the world will be quicker to recognize the freedom of marriage and love. But as a romantic, I am hoping this love story ends with a happy ending and an inter-religious marriage, at least by the end of their lifetimes.

Previous Confessions of a first time Santa
Next Advent Poem: The Divine Indwelling