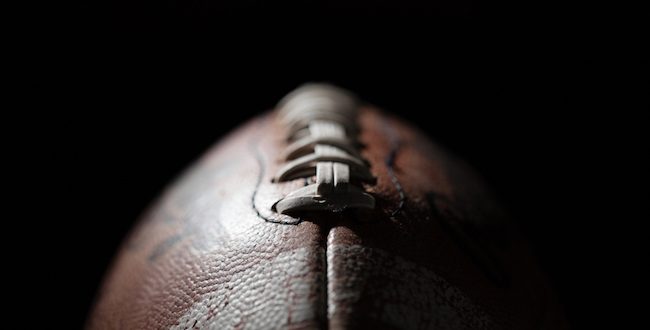 Free, at last, of football

The Super Bowl is over. Thank God.

I didn’t watch it and I had no interest in watching it because, while I am probably in the minority, I do not worship football. On Sunday morning I went to church, which is the only appropriate place for communal worship.

In the afternoon I worked a little and rested a lot because I was recovering from a head cold. Had I not been sick I would have gone to the 6 p.m. screening of the film ‘Darkest Hour,’ the biopic of Winston Churchill starring Gary Oldham. What a great way to spend an evening — being inspired.

I didn’t invest time and creativity to prepare some goodie for a Super Bowl party. If I’d been invited to such a party I’m not sure I would have attended. And if I did attend it would have been to see my friends.

I read a pretty good column in my Sunday newspaper in which columnist Jeff Jacobs tried to inject some sanity into America’s love of football. I was impressed by his thoughts. Unfortunately, I doubt that many others were. The link is here in case you’d like to become more informed.

John Affleck, in a column that appeared on SpokaneFāVS last week, argues that Americans won’t stop watching football, even though the risks are now widely known and indisputable, because the game is too ingrained in our thinking.

As a former sports editor I admit I struggled at times not to watch football. But the struggle is getting easier. On Super Bowl night I sacked out at about the time the second half would have begun.

Am I unAmerican? No. But I am bothered by the worship. The money. The commercialism. The blind loyalty of fans. The memories of feeling the agony of watching “my” team lose, which far exceeded any joy of victory I’d ever felt. And the fact that it’s just a game – a game that means nothing in the larger scheme of things.

But what bothers me most are the injuries. A few months ago I met a friend who, at one time, had played football at the local college while I was sports editor of the town paper. He went on to become an assistant and head coach at various levels. This last time I saw him he walked with a noticeable limp and didn’t look at all like the vibrant guy I had known decades earlier. He was in pain, and frankly so was I.

And yet he still swore by the enjoyment he got out of football. I can only wonder if his wife, kids and extended family would agree with him.

I don’t really have the stomach for any big-league sports anymore. I’ll catch a college baseball or soccer game when I can. Maybe Division III basketball. But that’s it.

I am free at last, and I have God alone to thank. He has helped me see and appreciate what so many others can’t (reread the list above if you’ve forgotten it already). And I have no intention of making myself a slave to any such idol again.

Previous Mardi Bras party aims to help homeless women in Spokane
Next Ask A Buddhist: Shrines in my home