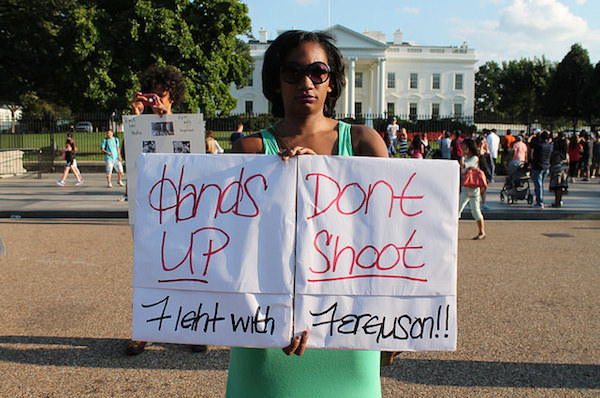 Fifty years is a long time, but it is still less than a lifetime. It was the year of my birth. Fifty years ago, the Freedom Riders volunteered to use their summer to help put an end to Jim Crow. Young men, boys really, died. Those that murdered the boys claimed to be Christian. Hanging from a tree, Jesus commands them not to blaspheme. This year I celebrated my fiftieth birthday. An unarmed boy was gunned down in Ferguson, Mo. His community went out to protest and it became a riot. Ferguson has entered into the public imagination.

Previous Hunger in America: 1 in 7 rely on food banks
Next Ask A Buddhist: How did you become a Buddhist?