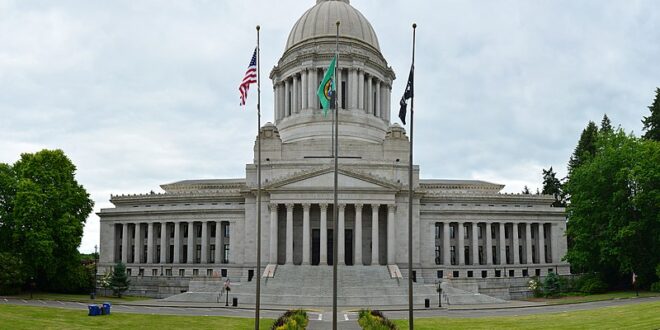 The Family Policy Institute of Washington’s (FPIW) board of directors announced Wednesday that executive director Mark Miloscia will resign as he prepares to run for Washington’s Secretary of State.

“The FPIW Board is thrilled to see Mr. Miloscia step into the race for Secretary of State here in Washington,” said board chairman Larry Sundquist. “This is the year for us to challenge the status quo, push back on an overreaching executive branch, and return an experienced, principled fighter to Olympia to serve as Secretary of State.”

Miloscia has served as executive director since 2019, and has a political career that spans decades. Between 1999 and 2013 he served as a member of the Washington House of Representatives before becoming a Washington State Senator from 2015 to 2019.

He ran as a Democrat before switching to the Republican Party in 2014.

“I’m so proud, and blessed, to have had the opportunity to lead this organization during such consequential times,” Miloscia said. “With an enormous victory for life on the horizon, I’m confident that FPIW will continue to do the critical work of changing hearts and minds on issues important to Christians and families here in Washington. For now, I feel that God is leading me in a new direction, where I hope to carry that momentum forward boldly in dealing with issues of integrity and truth, which is why I’ve chosen to run to serve as the next Secretary of State.”

Sundquist said FPIW’s goals will remain the same and the organization will remain fully staffed during the search for a new leader.

“FPIW will continue to be a steady, bold voice for truth in Washington State,” he added. “Our mission has not changed, our vision remains the same, and the energy level has never been higher.”