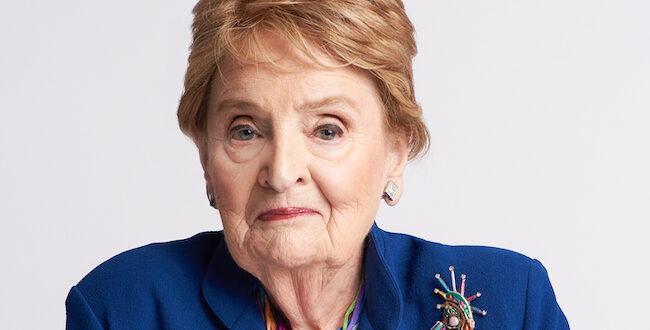 Madeleine Albright, who served as the nation’s 64th secretary of state, will be the featured speaker at Whitworth’s fall President’s Leadership Forum, to be held Sept. 29 from 7:30-9 a.m. at the Spokane Convention Center. Registration is now open.

The event was originally scheduled to be held last fall and then rescheduled to May, but due to health and safety restrictions related to COVID-19 imposed by local and state authorities, the event has been postponed until September.

The Whitworth President’s Leadership Forum draws key national leaders to the Inland Northwest to provide wisdom and insight on a variety of contemporary issues.

Albright is a professor, author, diplomat and businesswoman.

She received the Presidential Medal of Freedom, the nation’s highest civilian honor, from President Barack Obama in 2012.

In 1997, Albright was named the first female secretary of state and became, at that time, the highest-ranking woman in the history of the U.S. government.

“I am excited to bring a statesperson of Secretary Albright’s stature to Spokane,” said Whitworth President Beck A. Taylor in a press release.

He said no matter which administration is leading the country, America’s place in the world stage is something Albright can speak to.

In her most recent book, “Hell and Other Destinations” Albright reflects on the challenge of continuing one’s career far beyond the normal age of retirement. Her book written two years prior, “Fascism: A Warning“, debuted at No. 1 on the New York Times bestseller list. She is the author of five other bestselling books: her autobiography, “Madam Secretary: A Memoir“; “The Mighty and the Almighty: Reflections on America, God, and World Affairs.”

Previous Letter To The Editor: Remaining grounded in measurable facts
Next I Left My Heart in Oregon