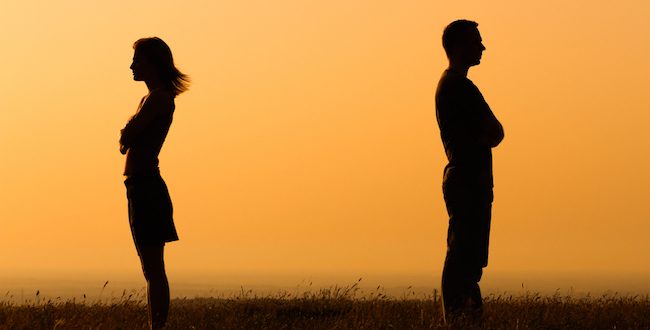 Andy CastroLang recently wrote a thought-provoking article for SpokaneFāVS about forgiveness that forced me to address unforgiveness about an incident that occurred the day before I read her article.

I was toiling away in a soup kitchen, trying to get through the avalanche of last-minute flatware, cooking trays, pots and other assorted items that had to be washed and sterilized.

It was 5 p.m., the scheduled end of our volunteer shift. Two of the volunteers removed their aprons, grabbed their coats, said good-bye and departed, leaving me, the crew chief and one other volunteer behind.

I was livid. They left at the end of the shift but I had to stay until the work was done. The two who stayed helped me when they could but I left the kitchen in a foul mood, at 5:22 p.m.

I couldn’t really blame one of the volunteers who departed. She also volunteers for a second shift each week, so she donates more time than I do. So it came down to one person.

I had no idea why the other volunteer had left. I still don’t. Maybe she had other pressing obligations at home. Maybe she had an appointment to keep. Maybe she wasn’t feeling well and just hid it during her time with us that day.

But the next day, after a decent night’s sleep and then reading CastroLang’s article, I started to pray through this whole business of forgiveness.

Years ago a friend said that she’d read once that forgiveness is one of the truly great acts of enlightened self-interest. Forgiving someone means freeing yourself from the never-ending bitterness that will eventually destroy you because bitterness/unforgiveness forces you to relive the sin done to you. It gives the offender the power to continue to hurt you. Forgiveness can save your life, in other words.

But we also forgive because we remember that we all have done things we thought were unforgivable – until Jesus forgave us, which opened the door to self-forgiveness.

Whenever I remind myself that I would deserve eternal condemnation for my sins were it not for Jesus’ forgiveness I ask myself: Would I eternally condemn someone else for his sin?

It’s tempting – until I remember the flip side of forgiveness: “Forgive us our debts AS WE FORGIVE our debtors.” It isn’t always easy or cheap, but Jesus never said it would be. If it wasn’t for the Holy Spirit, who enlightens our thinking and gives us the grace to lighten up, it wouldn’t even be possible.

This is one of the key reasons why I believe in Jesus as Savior and Lord of the world – because he can do something in and for me that I would never be willing, much less able, to do on my own.

Forgiveness was the topic of the men’s group Scripture-study on Saturday. Peter couldn’t have become a great teacher in the early church if Jesus hadn’t personally forgiven him three times for having denied Jesus before the crucifixion. Forgiveness restored their relationship and that’s often what forgiveness does for us – it restores the relationship with the one who wronged us and who may feel that his/her sin is unforgivable.

But Jesus also forgave all the disciples, since all of them had abandoned Jesus when he was arrested. When he appeared in the locked upper room, Jesus’ first words were, “Peace be with you.” Be at peace, he was saying. I forgive you.

When I forgive in the same way Jesus did and restore the sinner to wholeness I exhibit the life, and prove the power, of Jesus – not just to the other guy but to myself.