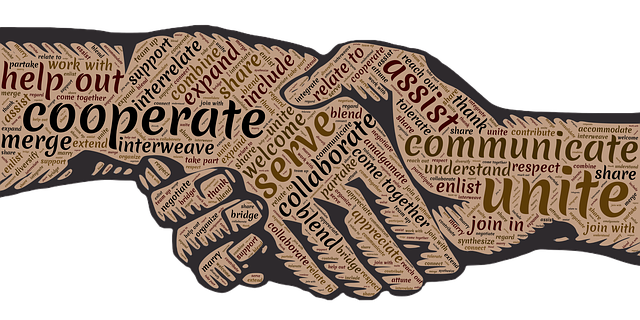 Forgiveness in the Political Sphere…Not a joke

We are all well aware of the maddening polarization and hostile political climate which seems to be the enduring state of our nation. As a university student, and a strong person of faith I want to take a moment to remind us all, active citizens of this nation we call home, of the one seemingly most overlooked and underappreciated practice: Forgiveness. Specifically, forgiveness in politics.

So, then, if this is what forgiveness is not, then what is it? An excellent definition of forgiveness is found in the book “Unpacking Forgiveness” by Chris Brauns:

God’s forgiveness: A commitment by the one true God to pardon graciously those who repent and believe so that they are reconciled to him, although this commitment does not eliminate all consequences.

General human forgiveness: A commitment by the offended to pardon graciously the repentant from moral liability and to be reconciled to that person, although not all consequences are necessarily eliminated.

Furthermore, forgiveness is an essential part of the life of believers. Ephesians 4:32 commands, “Be kind and compassionate to one another, forgiving each other, just as Christ God forgave you.” We have been given much in the way of forgiveness, and much is expected from us in response (see Luke 12:48). Similarly, Colossians 3:13 says, “Bear with each other and forgive whatever grievances you may have against one another. Forgive as the Lord forgave you.” The key in both passages is that we are to forgive others as God has forgiven us. Why do we forgive? Because we have been forgiven! Additionally, the bible tells us that we are to keep no record of wrongs (1 Corinthians 13:5) but forgive as many times as necessary (Matthew 18:21–22). Refusing to forgive a person demonstrates resentment, bitterness, and anger, none of which are the traits of a growing Christian. If we are truly thankful for our own forgiveness, we should have no hesitancy in granting forgiveness, even if they have wronged us again and again. After all, we, too, sin again and again, and we are thankful that God forgives us when we come to Him with a true repentant heart of confession.

French Philosopher, Paul Ricoeur believed that, “there are no wrongdoings so heinous that they are unforgivable.” Even more, he argues that because every person is worth more than whatever wrongdoings he or she has committed, victims can forgive wrongdoers unconditionally. True forgiveness, such as Ricoeur speaks of, respects the fundamental humanity of both the forgiver and the forgiven. It acknowledges that, whatever, their past records, they both remain capable of morally good cooperation, of living well with others in just institutions.

Given the extent and intensity of the animosity that is filling our political climate, to forgive requires a certain courage, maybe even a willingness to risk suffering new harm. “And because its salutary effects often do not come to light quickly or unambiguously, forgiveness requires patience. This combination of courage and patience is tantamount to a specific kind of hope.” Seamus Heaney, in discussing the Irish conflicts in the 1990s endorses a forgiving, patient hope of this sort.

He says, “Hope, according to [Vaclav] Havel, is different from optimism. It is a state of soul rather than a response to evidence. It is not the expectation that things will turn out successfully but the conviction that something is worth working for, however it turns out. Its deepest roots are transcendental, beyond the horizon. The self-evident truth of all this is surely something upon which a peace process might reasonably be grounded.”

Hope is in fact a powerful tool, as is the redemptive power of forgiveness to bring reconciliation to a group, and I believe to a nation in distress. Additionally, it may be the one of the only tools that has the potential to remind us of our common humanity amidst the stanch disunity, and bring us into a state of humility. In this context, forgiveness in the political sphere seems too daunting, if not a blatant joke. It’s easy to imagine the act of forgiving an element of a social or humanitarian movement; it’s quite another to enact it within public policy.

Which is where my plea comes in: a plea of one voice in the coming generation; of an individual who is looking towards a career in politics, and sobered by the thought of the climate to which that she will one day raise her kids up into. So, to those political leaders currently holding the reigns of influence and power, here in Spokane, D. C. and everywhere in between. Please. Please take the step of courage into a place of humility and act in forgiveness- you are currently adding to the American and international political fabric, helping to foster the climate that my generation will soon assume. And it is terrifying to consider, that if this is the level and intimacy of hate has infiltrated every aspect of politics, then what could it possibly be like in 5, 10, 20 years?

So, I ask you to recognize the magnitude and tidal effect of your judgements and accusations, and see that there is a path to reconciliation. In showing grace to the “other,” rather to all without condition there is a way to narrow the chasm, and to reclaim that space amidst the growing polarization. Maybe forgiveness, such an overlooked, underestimated forgotten term can be the bridge that our nation needs.

Previous 5 Ways To Overcome A Spiritual Attack
Next Book on aging draws on Buddhist wisdom, but fitting for people of all faiths