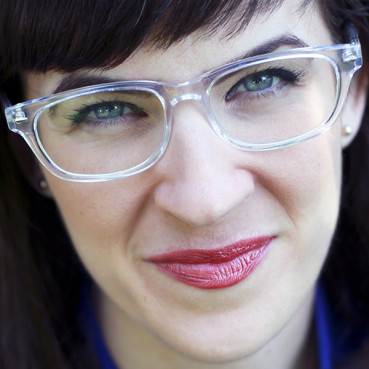 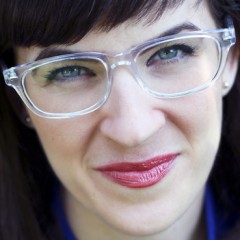 When McBaine, a lifelong Latter-day Saint reared in New York City, accepted an invitation to speak about women’s issues at a Mormon apologists’ meeting two summers ago, she simply wanted to communicate to an orthodox audience that the pain of some women within the Utah-based religion was real — and potent.

But that speech — which outlined ways LDS women feel marginalized, offered statistics on female members who are leaving the faith over gender issues and proposed small changes in church staffing and rhetoric that might make big differences — set off a new wave of Mormon feminist activism and awareness that no one could have predicted.

Since then, LDS women pushing for change  have attracted local and national attention.

But such efforts also have divided the faithful in The Church of Jesus Christ of Latter-day Saints.

Kate Kelly, who helped launch the Ordain Women movement in 2013, was excommunicated in June, while many an online discussion about Mormon feminism has devolved into name calling and polarization.

McBaine, a brand strategist at LDS Church-owned Bonneville Communications in Salt Lake City, has tried to chart a moderate path — pointing out problems and asking for change while resisting radical moves such as ordination.

“I didn’t start with the goal of being a spokeswoman for a particular vein of thought on Mormon women,” she said. “I feel I have been thrust into this position.”

Other like-minded Latter-day Saints in the U.S. and abroad — some of whom consider themselves feminists, while others avoid that label — have embraced a careful approach short of ordination, trying to help the church they love navigate the gender storm that seems to building all around.

Now, McBaine, who is married and has three daughters, has unveiled a volume from Greg Kofford Books, “Women at Church: Magnifying LDS Women’s Local Impact,” an expansive look at the issues, scriptures and history that formed the basis of her 2012 speech.

McBaine interviewed a handful of key Mormon leaders in Utah, two dozen male and female leaders across the country, and more than 100 members via email to gather stories about LDS congregations that had discovered ways to enhance the role of women.

There are many such structural tweaks Mormons can introduce to “make the church a place where struggles are supported, not compounded,” McBaine wrote, “…a haven, not a hindrance, for those who seek greater gender cooperation in their church experience.”

After all, she adds, “communal relationships and interactions are the road on which faith finds its way.”

Such revisions may be even more important outside the Mormon corridor, Intermountain West or the U.S.

Earlier this month, Melissa Wei-Tsing Inouye, a Mormon in New Zealand who has a doctorate and four kids, penned a widely read essay about LDS women’s invisibility.

“An investigator who walks into a Mormon congregation on Sunday sees a row of older men sitting on the stand and a group of younger men administering religious rites,” Inouye wrote on the Patheos website. “To this outside observer, neither the formal leadership of the (women’s) Relief Society president nor the informal influence of women within the community are immediately apparent.”

The issue of visibility is not insignificant, she argued. “Visible equality is important, not just for the sake of correcting outsiders’ negative public perceptions, but for the sake of our youth — especially the young women — who are in many ways still ‘investigators,’ looking at the church in the context of the many life paths that are open to them and trying to decide whether the church looks like a place where they belong.”

LDS authorities boosted the visibility of the church’s general women leaders during April’s General Conference by seating them in the middle of the all-male Quorum of the Seventy. Before that, women sat off to the right.

Such efforts to spotlight female Latter-day Saints are crucial in countries such as the Democratic Republic of Congo, Inouye wrote, a “deeply patriarchal culture” where “women do most of the everyday chores, defer to their husbands on decisions like whether to become pregnant or what to name their child, and generally act as servants to the men of the family.”

Equal partnership between men and women needs to be modeled at church, Inouye says. Women must be visible to be respected.

Classrooms in LDS chapels could be used to teach language classes, and not just on Sunday. Women paired as visiting teachers could become “community health workers,” going into homes to talk about hygiene and simple lifesaving techniques.

“We are bubbling over with talent in the church, people who are retired or who have extra time, who could advise on committees to develop targeted materials that would greatly improve the quality of life of members everywhere,” said Boston’s Helen Claire Sievers. “We could also craft and sponsor programs that would improve skills of men and women, especially in middle- and low-income countries, and make them more employable in targeted ways (see what the job opportunities are in the region, and then train the people to have the needed skills).”

“Forget the priesthood,” Sievers said. “Let us work on something substantive, like we used to … and work with the men, too.”

And all of this could be achieved without ordaining Mormonism’s first female elder.