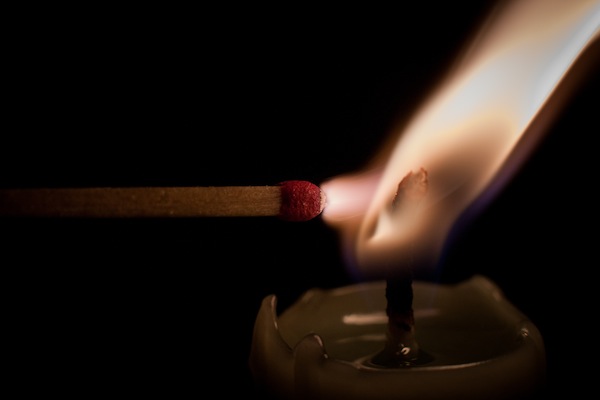 For the love of fire 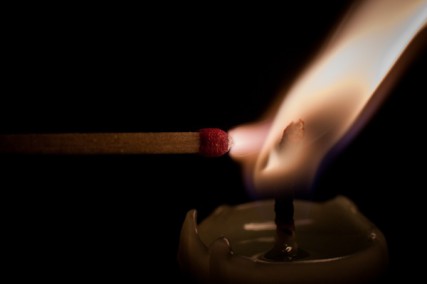 In applying to be a candidate for ministry in the Lutheran church, a person must take a battery of psychological tests and meet with a counselor. One of those exams is called the Minnesota Multi-phasic Personality Inventory or MMPI. It is around 600 questions, all in true-or-false form. The candidate is asked to respond with their first impulse, not to over-think their answers. Questions differ wildly, from “I love my mother.” to “I am being followed.” And when I sat for my examination, there was one question that stopped me cold: “I am fascinated by fire.”

Aw, heck. I know that I am. I love sitting beside campfires and watching the embers glow. I love candlelight and how a whole room can be changed by one little flame. But to say so I’d risk being flagged as a potential pyromaniac. Then I remembered the psychologist’s instructions to answer with my first impulse. So I filled in the bubble for “true.” Yes, I am fascinated by fire.

Tomorrow night Christians all around the globe will gather by fire. It is the night of the Pascha, the Easter Vigil. Modeled in part on the Jewish Passover, the vigil begins at sundown (approximately) and continues for a long time. The first action of the vigil is to bless the new fire, a reminder that God is the source of all warmth and light. A certain tribe of Christians in Borneo puts out all the lights in the village and strikes fire from rock and flint, truly dependent on the gift of fire from God.

So fine, flag me. If you ask I’ll give you a longer-than-you-anticipated answer about the beauty of the Easter Vigil and the way a fire gathers us humans around in a circle like almost nothing else. I’ll tell you of the burning sun at creation, giving life to all creatures by day and hiding its face by night. I’ll tell you of the Pillar of Fire splitting the Red Sea waters, guiding the slaves to freedom under the cover of darkness, making Miriam dance for joy. I’ll tell you how the ground shook when God breathed fire over the dead Israelites and their bones rose up from the dust. And oh, I’ll tell you best of all how the tyrant Nebuchadnezzar tried and tried to kill those three faithful servants of God, how his terrible furnace killed even the guards, and how even in the center of blazing fire the three were kept safe, and a fourth figure walked by their side, unbound.

And when we are done telling tales of flame, let me walk with you to the waters. Let us splash around and remember how water is our deliverance, too. Fire and water together, then bread and wine, then the faces of others. The risen Christ present in our midst will be the only word left standing: abiding, mysterious, true.

The Paschal Vigil begins at All Saints Lutheran Church, in the courtyard, at 7 p.m.