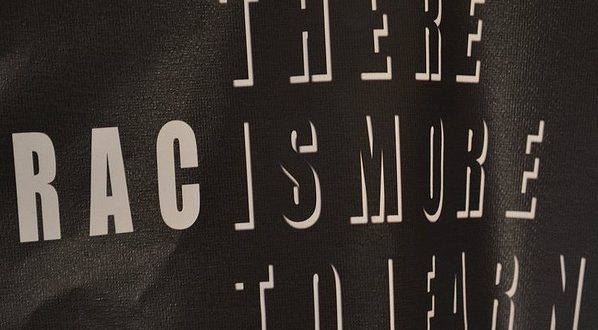 “It was that little white kid that always walks down this sidewalk.”
The “white kid.”
It shocked me to hear a black man identify the broken window culprit by the color of his skin.
As fires of rage are being ignited in American cities like Milwaukee because of the ongoing racial tensions and tragedies, such a statement confounded and confused me.
Racial reconciliation is one of the four cornerstones of the John Perkin’s Christian Community Development Associations philosophy. Reconciliation was part of my inspiration and motivation behind moving into East Central Spokane over a decade ago to work, worship and witness to the belief that another world is possible. CCDA’s vision seeks to: “Fill the vacuum of moral, spiritual, and economic leadership that is so prevalent in poor communities by inspiring people to develop themselves and their community through the Gospel.” This vision is fleshed out with the mission to practice the three R’s of community development: relocation (move to the need), Reconciliation (work together) and Redistribution (help each other).
Reconciliation has been the most elusive for me.
There’s a hell of lot more to reconciliation than I ever anticipated. Becoming neighbors isn’t near enough, sharing goods and services is thin empowerment and saying one is the friend of a different race or color is hollow justice. I must confess, I have spent too much time being angry, disillusioned and depressed about the barriers of bigotry than almost any other ‘stronghold’ in this missional journey.
Part of that despondency is discovering racism exists in all of us to some degree or another. It takes all kinds of circumstances to expose it. But eventually community development becomes the winepress to squeeze out the impurities of our feelings, thoughts and actions. There’s more self-righteousness hidden in justice work than maybe anything else.
One get’s closer to the truth of themselves and their communities after the MLK Jr. quotes fade to whisper and the savior complexes gush hot air like punctured, worn-out tire. I’ve learned that us justice warriors can be about as naive and obnoxious as breathless vegans and crossfit evangelists. In the long run talk is cheap and true reconciliation takes courage, time, vulnerability and honesty, commodities that ‘change the worlders’ seem to be in short supply of these days.
I recently read a Flannery O’Conner short story called ‘The Barber’ that ends in a way that I think all do-gooders can relate too on many levels. The story starts out with this line:
“It is trying on liberals in Dilton.”
In “The Barber,” a college professor tries to talk a couple of bigots in a barber shop into voting for a progressive political candidate. It’s an excruciating example of a very futile exercise — not because these racists won’t listen to reason, but because the professor just sucks at persuasion. After a lot of personal obsessing over just how to respond to their racism, he offer up an unsuccessful rant against segregation that doesn’t even get the attention or affection of the black boy doing all the menial tasks in the shop.
The way the story characters interact is a snapshot of our dialogues and debates these days.
“Well,” Jacobs said, “so what. What do you call yourself doing?”
“Defending myself against barbers,” he said. “You ever tried to argue with a barber?”
“I never argue.”
“That’s because you don’t know this kind of ignorance…You’ve never experienced it.”
“Oh yes I have,” Jacobs snorted.
“What happened?”
” I never argue.”
“But you know you’re right.”
“I never argue.”
“Well, I am going to argue. I’m going to say the right thing as fast as they can say the wrong. It’ll be a question of speed. Understand, this is no mission of conversion; I’m defending myself.”
I am not sure how to bring about much racial reconciliation these days and I hope I can find a way to confront it that is different that the last few lines of story, but if I am honest…I doubt it.
Go read the story and tell me how you are working towards racial reconciliation, I am looking for more answers, less rhetoric and more hope. Maybe you can inspire me again.