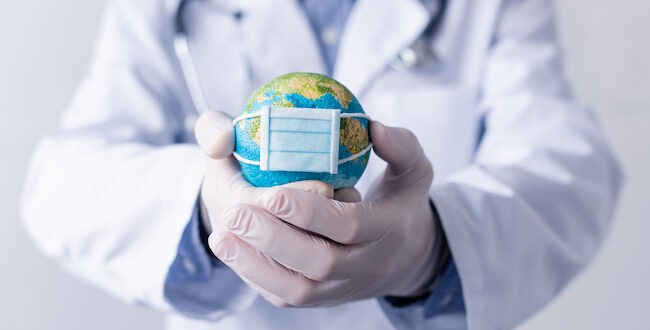 When I was 14 years old, I made two very important discoveries.

First, I discovered the world was beautiful. Here I was in sunny Naples, Italy, waking up to the sights of Mt. Vesuvius and the Isle of Capri. Also notable were the young Italian women, whose beauty I was likewise now at an age to appreciate. I learned how to play the guitar in the summer of 1967, sitting on the balcony of the large villa that my military family was renting. With hormones pulsing in post-pubescent bliss, I played my first gig at the Allied Teen Club, hung out with groupies, and enjoyed my first kiss.

The second discovery I made was equally important. I learned that the world was horrible.

Every day I listened to the death count.The family television, continually blaring, reported just how many men had been killed daily in the unpopular Vietnam War. These were young men, only a few years older than myself. That could be me, before long.

On Italian television, I saw images of an America on fire. Protests were raging. Buildings were burning. There had been four major assassinations of powerful American figures in the past four years. The Cold War continually threatened to become hotter. The world, despite all the wonders of its beauty, was in reality a very precarious and volatile place.

One might be tempted to become complacent, or even cavalier. Some already have:

“We’ve gotten through everything else so far, we’ll get through this too. Climate change? No worries!  It’s all under control.”

But in resorting to such a stance, one essentially defaults to a fallacy identified in Scripture:

“They will say, ‘Where is this ‘coming’ He promised?  Ever since our ancestors died, everything goes on as it has since the beginning of creation.'” — 2 Peter 3:4

To think that just because everything has always proceeded in a certain way, it therefore always will, is pretty faulty logic. Backing up a bit, to think that everything today actually is proceeding as it always has is pretty funky reasoning as well.

When I first discovered that the world was at once beautiful and horrible, I collapsed under the force of that disparity. What was I to believe? In which “world” would I live? The cognitive dissonance was overwhelming.

But as time went by, I noticed that I could choose to live almost exclusively in the “beautiful world.” By hurling myself full-force into my various endeavors, I was able to wipe the horrible stuff from my mind. This worked wonderfully, as long as the horrible stuff was not right outside my door.

In fact, it worked wonderfully throughout most of my life. As long as the bad stuff was only seen and heard from a distance and not directly experienced, I was able to construct a reality that overlooked the overall state of humanity.

While years of living on the streets put a significant dent in that illusion, the pandemic destroyed it completely. It was now impossible to ignore the critical state of the planet, because the most significant planetary story was no longer being presented strictly through the media, but in plain sight, everywhere I went.

The Masses Masked and Unmasked

Everywhere I saw people wearing masks. The sight of the masses in masks is not something from which one can easily hide. No matter what one believes about the value of mask-wearing, one cannot deny the unavoidable nature of the phenomenon. In seeing humanity in masks, we see a living symbol of a massive human wound.

That wound has been exacerbated and its healing delayed by the fact that many people have denied it. They see the wearing of the masks itself as the problem, and in so doing fail to acknowledge the much more serious problem that is the reason why people are wearing them. In seeing humanity half-masked and half unmasked, we see another living symbol: that of the war between human acceptance and human denial.

We have waged that war within and among ourselves since the beginning of time — since the Garden. But never in my lifetime have I seen it displayed as brazenly as it is today. The cultural division, once displayed mostly on social media via our personal devices, is now manifest in real life, right before our eyes.

It is one thing to block out information being received on the Internet. Accounts can be blocked, subscriptions terminated, devices disabled. It’s quite another thing to block out the obvious. Those who try are only trying to do what I and many others did for years. We succeeded in constructing our own little worlds and reveling in them, in order to sidestep the disturbances of the greater picture. But we can no longer do so.The pandemic has changed all that.

That insular cubicle in which I crafted my custom-made reality can no longer contain me. The cradle in which a sheltering parent nurtured me can no longer rock me.  I used to walk about Moscow, Idaho thinking: “This is such a nice town!  Look how everybody smiles!” Now, when I walk about my home community, I walk in the presence of the problems of the planet.

And you know what? This is a good thing. It’s no longer just my world. For better or worse, it’s our world — where each of us has a part to play. In the years to come, we may look back on this unique period of our history, when one way or another, our lives were determined by a deadly disease that had impacted the entire human race. When we do so, we may well see in hindsight how the pandemic provided a needed turning point in our shared life and our common culture.