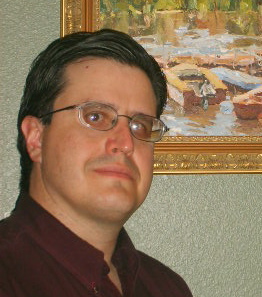 I sit down and the vehicle begins to move forward, fast. This fact doesn’t move me. Being on a bus is just the way I get home. The bus allows my mind to roam and wonder. There are seven people on the bus. The youngest is five. I might be the oldest. There’s a young woman who, it seems, travels the road of attracting young males. You can tell by their eyes that the young men on the bus dream of her. The bus I travel now is the second one on my commute home. The first leg ends at a local community college. In the 10 minutes before my second bus I see the students looking to work their way out of their current situations. The community college promises them the magic of education. Students consist of young moms, guys trying to pull it together and, strangely, many Saudi men. For some reason they seem out of place. A group of the Saudi students climb on the bus with me as I begin the second stretch on my way home. They break the unwritten rules of keeping quiet and to yourself on mass transit. Though, is it breaking a rule if you don’t know it? The bus driver, normally a stickler for quiet on his bus, does nothing to settle them down. Other times, I have seen him stop his bus and silence a wayward iPod. Now, he seems lost. Maybe it’s their uniqueness that helps the Saudi students avoid any trouble as they sing, chant and sometimes argue amongst themselves. The driver seems relieved when the ruckus chorus ends as they get off the bus. I write on the bus. The 40-minute ride allows me to forget the day of writing words for others and spend time with my own words. Letting time and place flow through me, I find my words. A nervous man, as young as the girl, maybe 20, raps to himself. He gets on his phone and calls his girlfriend. He disappoints her. He will be late, he tells her. They argue. He hangs up. He turns and tells another male similar in age that his is going hunting for other females tonight, because the one he has now doesn’t trust him. He can’t live like that, he says, then returns to his music on his smart phone and the uncertain movement of his head, barely keeping up to the beat of his music. I remember telling a riddle that gives the details of a bus ride. The riddle is supposed to test one’s mental powers. I start by telling the person to imagine they are a bus driver. Then slowly I tell them how many people start on the bus. I go on to tell them how many people get on or off the bus. They add subtract the numbers I give them. At last I stop and ask what date was the bus driver born. The trick is to distract them with numbers so they forget I told them they were the bus driver. The punch line being, “you don’t know when you were born.” It is easy to forget you are part of the bus. I wonder about the spirit of a place revealed by its mass transit. In Spokanepeople hear the term ‘mass transit’ and think of the poor. They don’t realize that on the bus there is a sense of community, both good and bad, that riding to and from work in a car doesn’t possess. There is a spirit of life here on the bus. There is a sense of beauty here. I have no time to work out these ideas, as it is time to pull the bell. My stop has come.

This is so lovely. I used to have a similar commute in Spokane and stopped at the community college. I remember being fasinated by the people who would write their own phone numbers and a message around the bus stops. It’s also where I realized I love the smell of cigarette smoke, because I associate it with exciting big cities I have lived in or visited. Another ironic place (smell) to find beauty?

Lol, the uniqueness of the Saudis 🙂

Maybe the driver was scared of them? Who knows!?

I have to admit that we (Arabs) are very loud and talkative.

Funny so are Mexicans like myself. It is funny how just a little difference can through us off. They were a lot of fun, I thought.