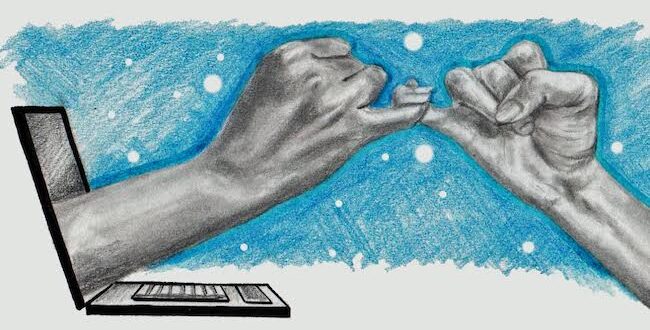 Fairly recently, I accidentally stumbled into the strange, jumbled world of Reddit. I was searching for college student budget-friendly recipes, and came across a subreddit called r/cheap, a community of frugal fanatics committed to helping one another spend minimally on meals, clothing, and other necessities while preserving health, happiness, and, ideally, sanity. For those unfamiliar with Reddit, the website refers to itself as the “front page of the Internet.” More specifically, it is a social news and content aggregation site, where users share links to news and other content and discuss innumerable topics ranging from generalist to niche. Individual communities are “subreddits”, users are “Redditors”, and each subreddit (beginning with “r/”) is overseen by volunteer moderators invested with the power to delete posts and even ban users who violate community rules.

As I’ve spent more time on Reddit, I’ve joined more communities: r/ThriftStoreHauls, r/ArtistLounge, and, more recently, r/agnostic. I was interested in the idea of anonymously — and, hopefully, civilly — engaging in or at least observing thoughtful reflections and discussions on religion. There are related communities with more of an abrasive approach: r/DebateAChristian, r/exchristian, and r/DebateReligion. While not all of these communities are necessarily combative, much of their content depends on users’ willingness to debate and occasionally quarrel over religious beliefs and values.

Like the majority of Internet users, I am more of a digital lurker than a contributor to online communities. The rule of thumb for Internet participation is supposedly 90-9-1, meaning that 90 percent of Internet users are lurkers, 9 percent edit or respond to content (by voting, liking, etc.), and only 1 percent regularly create new content. Considering this so-called “participation inequality” on the Internet, I have started to wonder whether online communities — particularly those devoted to weighty discussion topics like religion — are lesser alternatives to face-to-face conversations and relationships in physical spaces. While online communities are often associated with negative psychosocial outcomes such as bullying and hate speech, these communities can also offer emotional, social, and even physical support to individuals who are oppressed or unseen in traditional offline spaces. Take, for instance, r/homeless, a subreddit created for individuals affected by homelessness. In addition to serving as a platform to share stories, seek advice, and simply find camaraderie, members of r/homeless also occasionally offer care packages or promote local services to other users who live in the same geographic area. r/homeless is a clear example of the fluidity between virtual and physical communities, and the need to recognize cyberspace as a potential platform for meaningful human connection.

Compared to r/homeless, posts on r/agnostic and r/DebateReligion tend to include fewer stories and resources; instead, users often post and unpack biblical verses, raise pointed questions, and offer theories that invite ample commentary, up-voting, and down-voting. Quickly scrolling through r/DebateReligion, some recent post titles include “The sheer size of the universe poses a problem for religion” and “What kind of afterlife, if any, would you hope exists?” Users respond with their own thoughts and react to others, but given the sheer size of the communities (r/DebateReligion has 71.6K members) and the ease with which users can bounce between subreddits, these spaces seem to lack a sense of connectedness or humanness. While they might offer intellectual stimulation, my spiritual practice (which is less of a practice than an orientation) is not entirely intellectual; it also generates a sense of warmth and knownness among others, often cultivated in physical spaces for interfaith discussion.

Even with 21.6K members, the r/homeless community feels much more emotionally supportive, connected, and intimate compared to r/DebateReligion and related threads. It is a place where individuals who face oppression in traditional, offline communities can find emotional and social support and share their stories with the comfort of anonymity. Certainly, there are other forum websites that promote religious discussion, but Reddit is complicated by its moderation history and simultaneous commitment to free speech. The question becomes whether the anonymity (and, hence, vulnerability), accessibility, and topical coverage of Reddit render it superior to offline communities, where the ability to see others – and to be seen – can both hamper and reinforce the ability to build and maintain strong communities.

As I continue to navigate Reddit as a baby Redditor whilst navigating the “real world” as a young adult, these questions are important to me – and, I would hope, to anyone invested in the health of their relationships, themselves, and the greater world. I believe the meaning of “community” and even “home” are expanding as our offline and online actions become more interlaced: members of r/homeless, for instance, might view the subreddit (which moderators actually describe as a “home” for the homeless) as an emotional homebase in lieu of a physical home to sleep in at night. Similarly, those struggling with stigmatized health conditions are able to post anonymously on a subreddit and receive support and guidance – even if they are unable to do so in their own homes.

The online spaces in which people type their stories, beliefs, and questions are complex and evolving: they include dark corners that muddy the line between free speech and hate speech, and yet they also have the capacity to serve as homes for those displaced, disoriented, and/or disserviced in “real life.” With this in mind, I plan to continue exploring online communities – not only to find recipes and haunt r/ThriftStoreHauls, but to form intellectual and even emotional connections to human beings I might not otherwise see or know.

Join the FāVS online forum by becoming a member!