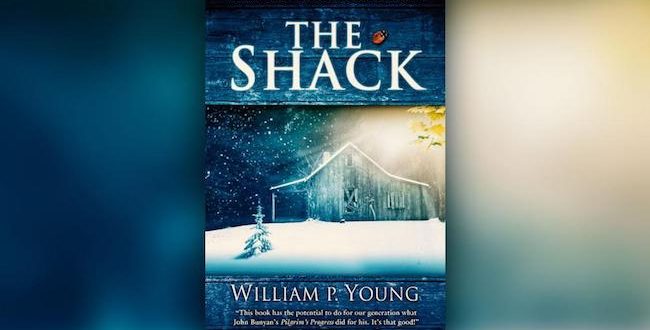 Fighting with Faith: The Faith/Religion Dichotomy

Last month I left you with some thoughts about why I (and maybe we) believe in God including the suggestion that God does not have to “belong” to any one religion. I told my story up to my grudging acceptance of the existence of God, but that was the only growth I had made so far.

While I was struggling to accept God’s existence, I was also struggling with fitting my beliefs about the character of God within the constraints of faith, namely, religion. Although something I call the truth monopoly lie (I’ll dive into this in a later article) contributed to this struggle, the foremost issue I confronted was the character of church leadership being different from my expectations and no single religion’s beliefs agreeing with mine wholly. In other words, hypocrisy and doctrinal inadequacy made it extremely difficult to reconcile God and religion.

And that’s when I met “The Shack” (the book, not the movie). It was one of the hundreds of books in my personal library that I had not read and may have sat there a good deal longer if a friend had not mentioned it at the same time I was struggling with reconciling God and religion. But as it happened, I picked up the book in the Spring of my first year of college, and finished it within a week.

For those who have not read it yet, the novel tracks one man’s encounter with God that helps him come to grips with a large tragedy in his recent past. At a few points in the book, the author calls attention to the reality of God existing outside of religion (or at least that’s what I took it to be saying).

To me, this departure from everything I had heard, seen, or read about faith was striking, for it meant that I could disagree with parts of certain theologies without rejecting faith or belief in God. Specifically, I could have faith (which I define as belief in a higher, metaphysical power that unites humanity) without finding it in religion (which I define as a human, social construct designed to help people encounter and respond to God in their lives).

This seemed almost too good to be true at first. So to decide whether I could accept it, I did the very Jesuit thing of reflecting on my experiences living by it, and living against it (i.e.: pursuing faith outside of and within the church, respectively).

In evaluating my experiences of pursuing faith outside of the church, I found myself reassured by the way it allowed me to form a personal connection to the divine without the ritualistic atmosphere. However, without the structure and community of the church, making sure that my relationship with God continued to grow and finding and connecting with others who had similar faith experiences became significant obstacles.

On the other hand, searching for faith in religion yielded many issues I had struggled with prior to deciding I believed in God. (i.e.: I saw God as central to my theology, but needed to decide whether religion was too.) I saw the ways accountability, structure, and group connection could benefit my faith, but I struggled with the boundaries doctrine placed on my faith, the lack of spiritual space it allowed for personal exploration, and the hypocrisy that pervades church leadership.

As you have probably perceived from the past to paragraphs, I have spent the last two years pursuing faith largely outside of the constraints of religion. Despite my current disenchantment with religion, I understand completely how religion may be a useful tool for others to understand their faith, and I may well reenter the church someday when I find the meaning in it. For now, I hold tight to finding meaning in my own way, and I hope you do the same.

Suggested Book: “The Shack” by William P. Young Suggested Film: “Silence” (There are two versions of this film: A japanese film made in 1971 by Masahiro Shinoda, and the Martin Scorsese film from 2016, I recommend watching both to see both cultural perspectives) OR “Lady Bird” (d. Greta Gerwig, 2017) Next Month: We’ll take this one step further to explore how to respond to specific religions/denominations claiming to have the full truth.

Previous Spokane Chefs Partner with Feed the Children to Help End Childhood Hunger
Next Transgender Friends: You are Created in the Image of God