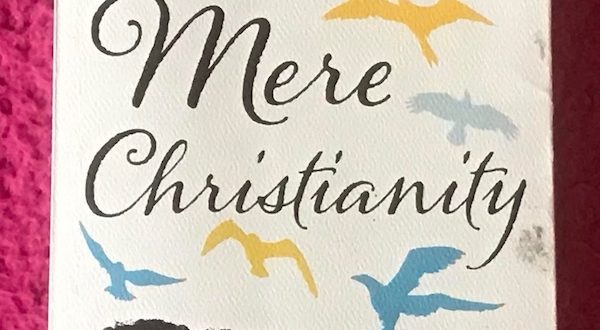 Fighting with Faith: So where do we even begin?

I want to invite you to join me on a journey of faith as I explore the topics of theology with which I struggle or have struggled. Each month I will dive into an issue that I consider essential to my beliefs, and explain how my experiences in those issues have influenced my theology.

I do not claim to be an expert on doctrine and dogma, so I may very well have ideas that conflict with your theology and maybe even offend you. If one or both of those apply, I would love to hear your ideas because it likely means you know something or have some insight about faith that I have not considered previously.

At the bottom of each article I will suggest a book and a film that tackles the issue of the article. Some of these books and films I have seen or read already while others are ones I think might impact our thoughts. Some will seem to side with religion while others might present religion in a more negative light. In either case, I hope that together with the articles they might be able to provoke some thoughtful discussions about our theologies, whether they are with me, within your faith community, or with people who just make you think harder. With that, let us begin.

Because my theology is largely rooted in my experiences, you will need to understand some parts of my story to understand my beliefs. I grew up in a Catholic family that attended Mass every Sunday, and for the most part was satisfied with that approach to faith for the first 16 years of my life.

Because of my blind satisfaction during those first 16 years, I often say my faith journey began with a question from my Confirmation sponsor, namely — “Why are you doing this? Why do you believe in God?” Having never thought critically about my beliefs before then, I did not have a good answer … for the next three years.

During those three years, I faced experiences with death, medical issues, and social injustice, all of which echoed the question from my Confirmation sponsor. On one hand, I did not want to return to a state of blind belief propagated by the compound of 16 years of going to Mass every Sunday and 12 years of Catholic education. However, with religion being so integral to my pre-teen years, I still desired internally to believe in God. I only needed a non-intellectual rationale.

Then I picked up “Mere Christianity” by C.S. Lewis and unintentionally read it in a week and a half. In “Mere Christianity, I found a set of logical proofs for the existence of God (easily traceable to St. Thomas Aquinas, whose reasoning I had previously rejected), but against my desires,  Lewis presented these proofs in a way I could not argue against.

At the end of the book, Lewis presented me (and his other readers) with a choice between the easy path of rejecting God’s existence to avoid questioning how God might be with us in our pain, and the harder path of accepting God’s existence to confront questions of God’s presence in our suffering.  Which choice I think is the right one and my agreement with his assessment of each option’s difficulty still changes from day to day.

Regardless of my interactions with Lewis, “Mere Christianity” profoundly impacted me with the possibility it left for no single religion/denomination to have a monopoly on truth and framing God as independent from the actions/constructions of man that I did not believe worked towards his glory. To the kid who had previously been thoroughly inundated with the truth monopoly myth, this profound revelation would form the “rock” of his beliefs and reshape his theology for years to come.

Suggested Book: “Mere Christianity” by C.S. Lewis Suggested Film: “Ben-Hur” (1959 version) Next Column: We will dig into questioning the importance of religion and going to church.