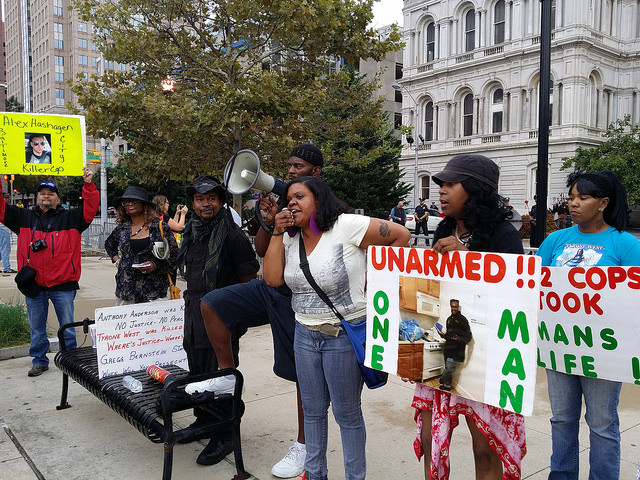 You say the shooting of Michael Brown happened happened earlier this month and only the riots and marches are keeping it alive in the news cycle. I have to tell you it happened in 1963, 64′,65′, 66′ and on and on. It’s old news of a minority controlling a majority, people seeing not through rose colored glasses, but through the stark cruel eyes of black, brown, yellow, beige and white.

As a spiritual leader in the New Thought movement, Religious Science to be exact, I recognize what is going on around the world and our teaching is to “see” the world differently. Spend time every day visualizing what could be, not dwelling on what is.

Do I do what I can in this moment to change what is? Of course, however, the real work though is to visualize, hold, and work toward a new vision for humankind. Dr. Martin Luther King, Jr. had a dream, a vision of what could be, and it was this that made him effective and great. I got tired, a long time ago, of being told why things are a certain way, and I’m sure others got sick of me asking why.

My suggestion for Ferguson and the world at large is to step up to the voting booth, show up in life and if it doesn’t work, show up again. And spend time each day with God, as you understand God to be, and hold a new vision for the world — a vision that honors all beings, respects all beings, and has the opportunity for real lasting peace.

Previous Mark Driscoll to step down while Mars Hill reviews charges
Next Ask An Atheist: On what grounds can an atheist judge something as good or evil?