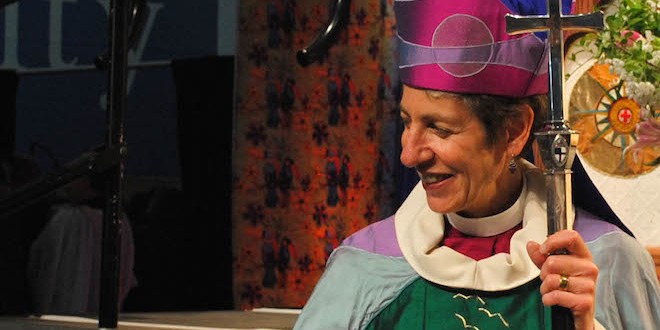 Female Religious Leadership Needs to Increase—But Why Is It So Hard To Get There?

Female Religious Leadership Needs to Increase—But Why Is It So Hard To Get There?

It is no secret that historically religious leaders—no matter what the religion is—have discouraged women from earning leadership positions. No matter how qualified, how passionate, or how accomplished, women have often been shut out of religious community elderships.

In a 2015 Pew Research Center survey, only 59 percent of American Catholics declared that they would support the ordination of women. In the Church of Latter-Day Saints, 87 percent of the respondents said they do not support women entering the upper hierarchy of their religion. The study also stated that Catholics with high levels of education are more supportive of changes in Catholic teachings and policies than are those with less education. There is little difference between men and women in support for these changes.

Women may not typically hold the roles of pastors or deacons, but we have gained swift ground in the past century. In 2006, Katharine Jefferts Schori was elected as the first female presiding bishop of the Episcopal Church. She was also the first female primate in the Anglican Communion. Yes, this was a fantastic step forward for women everywhere—regardless of their political affiliation. However, the patriarchal nature of some religions contributes greatly to the glacial progress of women in religious leadership.

In 2015, Rabbinical Counsel of America issued a proclamation that prohibits Orthodox Jews from ordaining women as rabbis or hiring women declare themselves rabba. This proclamation was analyzed as trying to keep the “tradition” what has worked for the religion. But this tradition is not working for those who feel ostracized by a community that preaches unity and collaboration amongst all. Women are included in this narrative, so why is it so difficult for this paradigm to shift?

Oftentimes, the rationale behind hesitation to welcome women into these roles is because of religious theology and text. The Bible, Qur’an, Tanakh, and other religious texts have interpretations of ambiguity of female involvement with religious responsibilities. Other parts or interpretations of these texts allude to the complete shut-out of women from decision making in religious communities. But in a climate of increasing pressure for equity, what is the concrete reason to solely rely on these texts? Yes, the moral and faith-driven obligation of each religion is different. But the reliance on a board of “directors” for religious communities can tie together the thoughts of an entire religion.

The shift to interpreting religious texts in a new, contemporary light may allow religions to accept more women in leadership roles. Appointing leaders to shift this light will be pivotal for women involvement for years to come.

Previous VIDEO: Coffee Talk – How To Have a Better Year in 2021
Next Drive-thru live Nativities are tailor-made for a COVID-19 Christmas