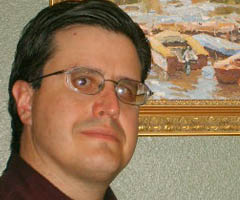 The townspeople came to joke that they could set their clocks by the professor’s afternoon walk. Immanuel Kant was so regular with his walks he became as predictable as the spring flowers in Königsberg. His philosophical work, on the  hand, dropped onto Western thought with a mushroom cloud of destruction, blowing the older strains of scholastic thought in its wake. He dismantled the earlier rational proofs of God, replacing them with another, the moral one. God exists because the universe needs a moral structure. Western thought and theology would never stroll with the same predictability after Kant.

The fictional character, Ivan Karamazov in Fyodor Dostoyevsky’s “The Brothers Karamazov” makes the Kantian case that if there is no God, then there is no immorality and no virtue. Ever since Kant, that has been the argument that we need God to make us behave. God becomes our cop. God as cop presents problems. That it is not an image used in Christianity before Kant. After Kant, it has become standard for faiths to argue God was a cop.

The preferred image in the Bible, both in the Tanak (The Old Testament) and the New Testament was that of a loving parent. It is important in any discussion of fear and love of keeping in mind these two metaphors of God, God as cop and God as loving parent.

If you view God as a loving parent, then fear does not diminish love. When we do something that know is wrong like hurting another, then we fear God for what God will think of us. We understand we failed God, but we keep believing God still cares and wants the best for us. Like Jesus’ abba, papa, we somehow feel we let God and ourself down. The fear is as much about facing our own shame and ourselves as it is facing God. We fear God because we fear the truth of ourselves. Jesus then offers a way for reconciliation with God — the way of love and grace. We fear God, but it does not diminish our love of God. In a very real way it is rooted in God’s love and our own fear in facing the coldness of own actions.

The impersonal God as cop is different. Fear is very much not wanting to face the cold punishment of a God that only cares about the rules and you breaking them. God will leave you alone if you follow the rules. The fear of God is now about being caught, and who can love an impersonal God?

The question  of fear and love of God reveals our image of God. Yet fear and love are themselves a large universe onto themselves. Humans are programmed to fear. In reality we can not love God without fear being involved as well as love. Encountering the living God means facing the a mirror. Love reflects as well as fear. Such an encounter cannot take place with a God that is nothing more that a cop. God is the loving parent, the one Jesus called papa.

This week SpokaneFAVS panelists wrestled with this question. Read “Viewpoints: Does the fear of a higher power interfere with loving that higher power?”

Previous Study shows giving rebounding for majority of churches
Next When are your Holy Week services?