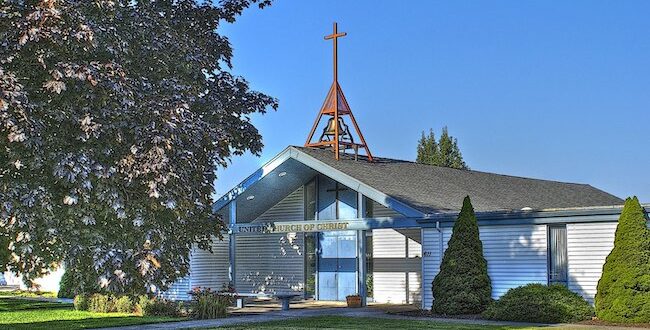 Veradale United Church of Christ members are using their Lenten journey to Easter to ask themselves “How Shall We Communicate with the Religious Right?”

Two of the six speakers for this series are writers for SpokaneFāVS.com, an online, non-sectarian religion news and commentary website.

Tracy Simmons, editor and executive director of FāVS, will speak about how “Healthy Faith Communities Are Allowed to Question” on Sunday (March 27). She will draw on her experience growing up in a cult, which she wrote about in “I Left the Cult Next Door” for the Wall Street Journal and discussed in her 2020 TEDxSpokane talk “The Cult Next Door.” She’ll touch on her most recent column, “What children can teach us about blind faith and the power of ‘Why’?“

“I love that Veradale UCC is taking time this Lenten season to examine such an important topic and I’m privileged to be part of that discussion,” Simmons said.

Cassy Benefield, a journalist and an evangelical commentator for FāVS, will speak on the topic of “Conflicting Values” on Sunday, April 3. She will be exploring her own journey out of Christian Nationalistic and fundamentalist thinking, which she writes about in a personal commentary, “Christian Nationalism Is Not Biblical Christianity,” and in a local news story on local pastors’ reactions to the Capitol insurrection on  Jan. 6, 2021.

“What a testament of love that the Veradale UCC community wants to learn how they can love and serve their Christian Right neighbors better,” said Benefield. “I’m honored and humbled to be a part of this discussion, and I have a sneaking suspicion my talk is going to do me much good, as I have spent the last several years processing my largely evangelical faith through the lens of nationalism and not being able to unsee just how destructive biblical Christianity coupled with nationalism are.”

The inspiration for this Lenten series, says the Rev. Gen Heywood, pastor of Veradale UCC, came out of a fall 2021 Bible study where her church family examined the Book of Revelation along with Barbara Rossing’s book, “The Rapture Exposed.”

“Upon finishing our study, the moderator suggested that we create a series about ways to further understand our radicalized neighbors and family members. I told him about Tracy Simmons’ amazing TED Talk and thought we could create a series on the subject for Lent,” said Heywood. “We wanted to make it part of our worship so that the whole church family could be part of the conversation. Reading Cassy Benefield’s reporting with FāVS, I knew that she would also be an important voice in our series.”

The series began on Sunday, March 6, and will conclude on Palm Sunday, April 10. The first three talks are available to view online on Veradale UCC Facebook page.

To see the upcoming talks, all are welcome to attend the church at 10:30 a.m. on Facebook, on Zoom, or in person at Veradale UCC, 611 N Progress Road in Spokane Valley. For the Zoom link, email veradaleucc@gmail.com. The congregation is still practicing mask wearing and social distancing in person.

The series topics are:

Previous Live How You Say You Believe
Next Ask A Catholic: 3 Days & The Sabbath