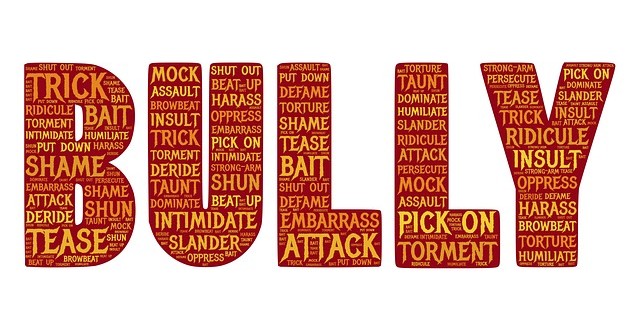 Why do the bullies always win?

My friend Darcy is a residential property manager. His job takes him all across Canada, to apartment buildings in the North of British Columbia and in the South of Ontario. At these apartments, Darcy works with his staff of local building managers — with what another generation called superintendents — to make decisions about maintenance and renovations and interactions with the city and about the thousand and one other things that make a building into a place that people want to live. And at these apartments, Darcy meets with those especially attention-getting residents whom the building managers have saved just for him.

One of these residents was something of a legend. He had damaged the building on several occasions, pulling doors off of hinges and kicking holes into drywall, although no one could say if the damage was a consequence of something as deliberate as vandalism or, rather, if it flowed out of plain-old drunken carelessness. He was selling drugs out of his apartment. And he was the source of constant complaints from his neighbours: the thumping music and the shouting at the almost nightly parties kept the whole building up well into the wee hours of the morning.

Now, as you may know, Leo, eviction is really hard. It is an expensive and time-consuming pain. That made Darcy wonder if there was another way. And so he decided that what he was going to do was to metaphorically “stand beside” this tenant. He wanted to see what would happen if the two of them could look at the horizon from the same perspective, if there was a way that they could discern a path that they could walk on together.

And so Darcy did some research and found a house for rent, all by itself at the end of a lane, perfect for parties. Then he went to a couple of contractors who were working on the apartment building — they had a truck, now empty of the equipment that they had installed — and he said to them, “If I keep you on the clock, would you mind helping someone to move?” The contractors said, “You bet!” And then Darcy knocked on tenant’s door. And he said:

Notice that when the tenant said “yes” and moved out, nobody lost. To the contrary, everybody got what they wanted: Darcy got a quiet apartment in which the doors stayed on their hinges and the drywall stayed undented. And the tenant got party central and enough money for several kegs of beer.

Darcy’s actions were an extraordinarily shrewd entrepreneurial move — for $300 and a couple of hours of overtime, he saved himself and his investors the money and time and hassle of an eviction. But, more than that, his actions were a Gospel move, a Kingdom of heaven move. His actions were an example of what we might call unilateral empathy.

Now, before I go any further, let me be clear: unilateral empathy is hard. Unilateral empathy requires us to do the difficult work of imitating Christ. It requires us to let go of the complaints of the playground: It’s not fair; He started it; Everybody thinks that he’s mean; I’ll only say I’m sorry after he says that he’s sorry. It requires us to risk failure, to risk standing beside another even when our empathy may be met with hostility or violence or rejection. Unilateral empathy requires us to decide that, even if our neighbor is being childish or belligerent, even if our neighbor is not going to move an inch towards reconciliation and a common solution on his or her own, we are going to risk moving to stand beside him or to her.

As hard as it is, unilateral empathy is worth the risk. Darcy’s story reminds us of what Jesus teaches us throughout his ministry: unilateral empathy holds the potential to transform a conflict from something draining into something mutually freeing and generative and maybe even joyous.

The bullies always win, Leo, only when we agree to interact with them within a win/lose model. But when we allow ourselves to let go of that model, when choose unilateral empathy instead, we sometimes discover a whole new way of being in community.

So, as hard as it may be, as scary as it may be, see what happens if you risk standing beside the bullies in your life. You may be surprised by the path that the two of you discern together.