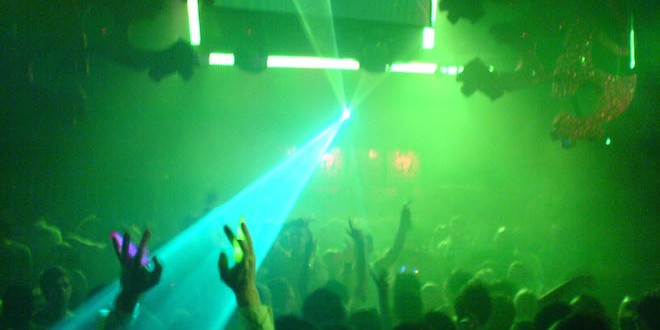 Father Knows Best: I hate when my girlfriend goes clubbing

Is going clubbing a sin even if you don’t take part in any of the promiscuous activity that clubbing is often associated with? My girlfriend and I, of about two years, just turned 18 this year so we’re legal to go clubbing. However, clubbing isn’t really my thing because I don’t like alcohol and I don’t really like dancing. I’ve also never been clubbing before so maybe that’s why I don’t know what it’s like. My girlfriend has never been either, but she wants to go because it’s fun and she gets to hang out with her friends and dress up.  The thing is, that somehow bothers me, I don’t know why.

I do trust her very much and know she won’t be there flirting with other guys. She also isn’t a very experienced drinker so she can’t drink much. So I guess she really is going there just to have fun with her friends.

I trust her but I don’t trust other guys being drunk around her. And so it always leaves me very frustrated each time she says she wants to go clubbing. Maybe it’s because I feel I want to protect her from other guys out there. I know that a lot of this stems from all the insecurities I have and I know that I cannot control her and tell what to do. One thing I can control is how I feel towards it. How can I change so that I no longer have to feel this burden of frustration and these insecurities I have of my girlfriend going clubbing?

The neurologist and author Oliver Sacks tells the story of a patient who is haunted by a nightmare. This patient is afraid to go to sleep because, every time that she does, a monster chases her. She spends her nights tossing in bed while her dream-self flees from the horror that is running just behind her.

Sacks asks the patient: What does the monster look like?

And the patient replies: I don’t know. I’ve never looked at it.

And so Sacks advises her to turn around and look at whoever or whatever is chasing her. He doesn’t tell us what the patient sees when she turns around. But he does say that the nightmare never comes to her again.

It is time, Anthony, for you and your girlfriend to go clubbing. Grit your teeth, buy yourself a good set of earplugs, and get your-I-don’t-really-like-dancing-self out onto the dance floor. Clubbing — this thing that you have never witnessed firsthand, this thing that has built itself up in your imagination into an almost inconceivably vile and dangerous monster — is something that you need to turn around and look at.

Here’s the thing, Anthony: part of being a grown-up who leaves the house and who enjoys life involves encountering a certain amount of danger. Most of us respond to that danger by making the safest choices that we can: we wear a seatbelts and ski helmets; we put lights on our bicycles; we let people know where we’re going before we start hiking into the backcountry. We recognize, in other words, that being alive involves risk and we do the best that we can to minimize that risk. Your girlfriend is doing the best that she can to minimize the already small risks of clubbing by planning to go with her friends; it is going to be vastly harder for a predator to slip a sedative into her drink when she is with friends who are committed to seeing one another home safely.

There are two really important and really reassuring things your letter, Anthony. First, you say that, “I know that I cannot control [my girlfriend] and tell what to do.” Amen. Any effort to control your girlfriend and to stop her from going out, any guilt-inducing insistence that clubbing is sinful and reckless, probably won’t do much to keep your girlfriend off the dance floor. What it probably will do is to build up the resentment between the two of you.

Last of all, trust the possibility that your girlfriend is interested in an activity that might not only be sin-free but that might also be fun. In other words, get dressed up and go. You probably won’t find any monsters in the club. And you might even be surprised to find out that you kind of like dancing.