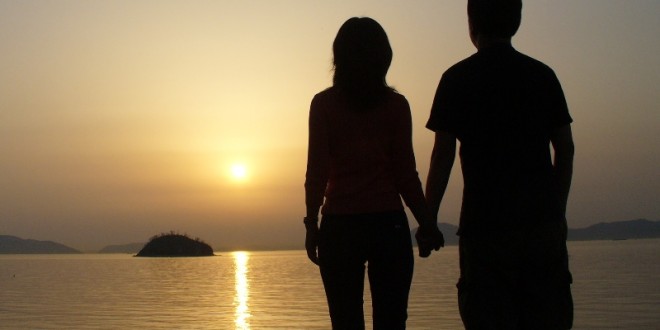 Father Knows Best: How do you create strong bonds in relationships?

How do you create strong bonds in relationships?

First, showing up. Mrs. FKB’s parents have what I call a “ministry of showing up.” That is to say, on one occasion after another — graduations, weddings, funerals, birthdays, baptisms, ordinations, family reunions, you name it — they are there. The older that I get, the more that I believe that the simple gift of their presence during the changes of life is a really big deal. My in-laws’ ministry has profoundly influenced my own: I am convinced that just being there for someone during a time of big joy or big stress or big loss matters.

When he speaks at memorial services, one of my mentors describes the importance of a ministry of showing up this way: “Nobody will remember much of what anyone said at this service. But the loved ones of the person who died will remember that you were here.”

Showing up isn’t a trick, it isn’t a strategy, it isn’t a life hack. Rather, it is a way of living. And I suspect, Chris, that when you think of the people with whom you have a strong bond, you will find that they have this way of living in common. Over the years, these are the people who have showed up when it mattered.

Second, listening. Most of the time, in most of our conversations, most of us don’t listen. Rather, we wait for our turn to speak, mentally rehearsing what we are going to say (or type or text) as soon as our conversation partner finishes talking. As a consequence, we don’t so much engage in dialogue as we engage in consecutive monologues. What a profoundly alienating way of meeting our neighbor. It encourages the impression that, even though we are together, we are really alone.

When we do meet someone who genuinely listens, it is equal parts unexpected and awesome. I’ve previously given the example of Ted Scott, the late Primate of the Anglican Church of Canada: when you talked with Scott, you had the impression that he thought that that you were the most important person in the room. He paid such close attention. He listened so closely. That made conversations with him a little startling. And it made them really beautiful.

In my work, I have the difficult privilege of sitting beside beds in hospitals, in homes, and in hospices. Drawing on the example of my in-laws, I go to these sometimes sad and sometimes hard places because I believe that showing up matters. And, drawing on the example of Ted Scott, I go to these places because I believe that listening to the stories of the ill and the dying and the people who love them matters.

Now, to be clear, I don’t have strong bonds with everyone I visit. Strong bonds aren’t something that you can force into existence: there is no recipe, no 30-day plan, no secret that is going to guarantee that another person will love you or, for that matter, that you will love him or her. While showing up and listening are part of just about every relationship with strong bonds, they aren’t magic: sometimes you will show up and you will listen and you and your neighbor still won’t like each other very much.

In those instances, Chris, all you can do is trust. Trust that, even though showing up and listening doesn’t always build you a highway that speeds you straight to fabulous relationships, it does build a path that winds its way to a more generous and a more loving world. And that, all by itself, makes your work worth it.

Previous Mark Driscoll speaks: ‘There are lots of things I could say …’
Next Handwritten, Heritage Saint John’s Bible to be on display at St. John’s Cathedral