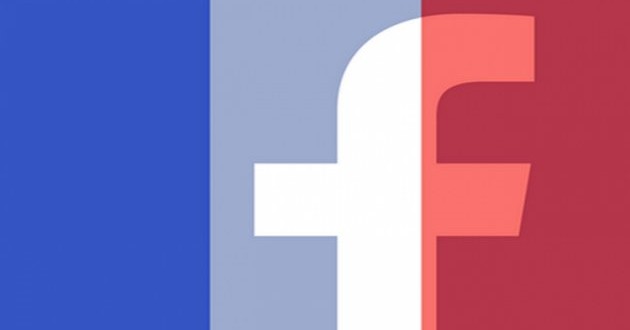 Where Mercy, Love & Pity dwell
There God is dwelling too.
– William Blake

Over the past few days, my Facebook feed has been filled with French flags. Thanks to an app similar to the one that allowed users to overlay their profile pictures with the Pride flag, one friend after another now smiles out at me from behind the blue, white, and red of France. The comments beneath their pictures speak to grief, to prayers, to solidarity with friends in Paris, to horror at the calculated evil of terrorism, to the inadequacy of words in the face of tragedy. It is a moving and a beautiful testimony to collective mourning and collective compassion. It is a hint at the goodness of which humanity is capable.

My feed also features a backlash to the flags, a recrimination of those who are sharing their sorrow. The backlash — perhaps we could even call it an accusation — goes something like this:

I understand the anger and the frustration of the folks who share words such as these. There is substance to the critique which they offer: by and large, our habit is to remain silent in the face of violence in the developing world, and one may reasonably ask what that silence means. We say so much when we say nothing. Through our silence, are we inadvertently declaring that, “Our grief is greater than yours”? Are we inadvertently declaring that, “Our pain is greater than yours”?

The people who are mourning and praying for Paris on Facebook are engaging in an act of empathy. And to be empathetic is by definition to make oneself vulnerable. Empathy is about lowering the walls of distance and indifference that we build around ourselves in order to keep safe. It is about letting our heart venture our beyond those walls. It is about taking a risk.

Now, I don’t know about you, but when I take the risk of empathy and someone immediately shouts at me, “You’re doing it wrong!” the lesson that I take away isn’t that I need to be more empathetic. The lesson that I take away is that I made a mistake by being empathic, that I made a mistake by risking, that I need to keep my heart well within my walls from now on. As a friend posted yesterday – and her hurt just shone through her words – “Facebook, stop grief shaming me.”

It’s natural that our empathy should begin close to home, with the people we know and the cultures with which we are familiar. It’s normal that we should start by grieving and rejoicing more for family than for strangers, more for people who are like us than for people who are different. That tendency is just human, it’s part of our limitation, part of our brokenness. But with practice – and with God’s help – our empathy can and will expand. With practice, our habit of empathy can and will increase so that it extends to people who aren’t like us at all. With practice, it might even extend to those people whom we have a hard time understanding or a hard time liking.

What if, therefore, we thought of empathy as a vine that we hoped to train across the breadth of the garden? When the vine initially begins to grow, when it sends forth its first tentative shoots, I suppose that we could call it a failure because its leaves and its fruit aren’t everywhere, we could dig it up and throw it away. But what if, instead, we chose to water it? To celebrate its beginnings, however small they may be, and to encourage it to grow still further?