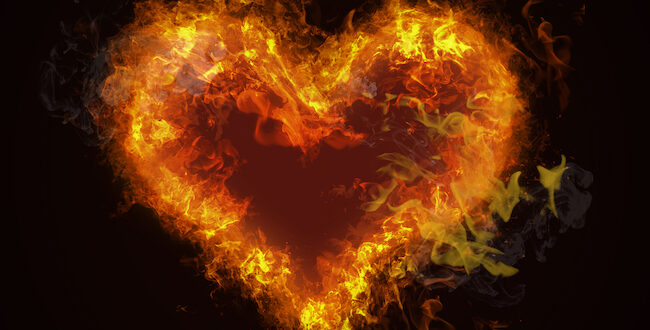 I am a 33-year-old lady, saved, but who desires sex at times. When that desire happens, then I do a little touch to my sexual organ just to reach orgasm. Is that a sin?

Father Knows Best is largely on hiatus these days. But I occasionally take the column out of the garage for a spin around the neighborhood. Maybe I’m doing that in response to your letter because, in the several years since I started the column, the number one question that has arrived in the FKB mailroom has consistently been some variation on yours:

So while I’ve tackled this question before, I reckon that it’s time for an encore. Let me give you and everyone else who is wondering a short response and a longer response.

Or maybe more accurately, let me give you a short response and a rant.

I am having some difficulty these days feeling anything like charity towards the people, the institutions, and – let’s tell the truth – the churches that have taught you and so many other people to feel shame about your sexuality. And while the folks who shamed you were almost assuredly passing on the same shame that they themselves received as children, while they were probably handing you the same bucketful of hurt that they were once handed, that doesn’t make their actions OK. To riff on Richard Rohr’s celebrated line, all of us have a duty to transform the pain that we have received rather than to transmit it.

As Irenaeus taught us all of those centuries ago, God’s glory is the human being fully alive. And for most of us (and I’ll pause here to affirm the existence of our asexual neighbors), being fully alive includes our sexuality, it includes finding joy in our bodies.

It sucks as well, it is wrong as well, that the church has spent so much energy shaming folks about sex rather than talking about the stuff that is actually urgent and important for the prophets and for Jesus: stuff like how we treat the poor and how we treat the stranger in our land and how we treat the earth itself. A while back on social media, a clergy colleague posted about some sexual ethics question and then announced their prediction that this question would be “the next big issue” for the church.

My guess that my sigh was audible halfway across the city.

I am so, so longing for the church’s next big issue to be poverty or racial justice and reconciliation or the stewardship of creation or (because those questions overlap) maybe all three. When we use the language of sin, when we name that our world is distorted from how it ought to be, that we ourselves are distorted from how we ought to be, let’s not waste that word on a moral question as trivial as sex. When we talk of sin, let’s talk about the reality that there are people sleeping on the pavement in our cities, that there are desperate conditions within our native reservations, that there is staggering suffering on our southern border, that we are changing and bending this fragile earth so that it is becoming dangerously hot.

Back to the question

And just maybe, having discovered a little more of God’s joy via delight in your body, you may start to wonder about what it might look like to help that joy to show up in other places and for other people, to respond to the real sin that is all around us, to share the love and healing of God with a hurting world.

Ask An Evangelical: Living Out Faith in Daily Life

"The distinction between feelings or inclinations on the one hand, and behavior on the other hand, is very clear. "