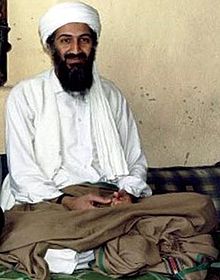 COLUMBIA, MO — The death of Osama bin Laden — which spurred discussions among people of faith on issues of forgiveness, peace, justice and retribution was voted the No. 1 Religion Story of 2011 by the nation's leading religion journalists.

The 2011 survey of Religion Newswriters Association (RNA) members marks the 30thyear the professional organization of religion beat specialists has conducted the poll. Faith-based groups reacted to the terrorist leader's death with renewed sympathy for victims' families, scriptural citations justifying the demise of evil, and hopeful prayers for peace among the nations. Earlier in the year, New York U.S. Rep. Peter King, (R-N.Y), chaired a series of controversial hearings in the House alleging radicalization among U.S. Muslims. Meanwhile, U.S. Senate hearings centered on crimes against Muslims. The hearings were voted the No. 2 religion story of 2011.

The complete Top 10 Religion Stories of 2011, in order from first to tenth are:

1. The death of Osama bin Laden spurs discussions among people of faith on issues of forgiveness,peace, justice and retribution.

2. Lively congressional hearings are held on the civil rights of American Muslims. In the House hearings focus on alleged radicalism and in the Senate on crimes reported against Muslims.

3. Catholic Bishop Robert Finn of Kansas City. Mo. is charged with failure to report the suspected abuse of a child, becoming the first active bishop in the country to face criminal prosecution in such a case.

4. The Catholic Church introduces a new translation of the Roman Missal throughout the English–speaking world, making the first significant change to a liturgy since 1973.

6. Pope John Paul II is beatified—the last step before sainthood—in a May ceremony attended by more than million people in Rome.

7. California evangelist Harold Camping attracts attention with his predictions that the world would end in May and again in October.

8. A book by Michigan megachurch pastor Rob Bell, “Love Wins,” presenting a much less harsh picture of hell than is traditional, stirs discussion in evangelical circles. Messengers to the Southern Baptist Convention rebut it.

9. The Personhood Initiative, designed to outlaw abortion by declaring a fetus a person, fails on Election Day in Mississippi, but advocates plan to try in other states. Meanwhile, reports show the number of restrictions adopted throughout the country against abortion during the year are far more than in any previous year.

10. Bible translations make news, with celebrations of the 400th anniversary of the King James Version; criticism, notably by Southern Baptists, about gender usage in the newest New International Version; and completion of the Common English Bible.