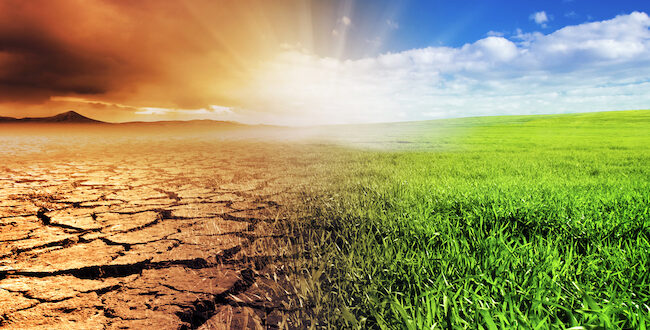 Bishop Gretchen Rehberg doesn’t want to go back to the way things used to be when the COVID-19 pandemic is over. Instead, she said, she plans to carry forward what this time has taught her about what is truly essential and life-giving.

Rehberg, bishop for the Episcopal Diocese of Spokane, and other Inland Northwest faith leaders say they believe a positive future can be found among the distress and loss of a global crisis, and people of faith can help lead the way.

The pandemic’s most immediate effect on houses of worship was the loss of in-person gatherings. Congregations around the world have found new ways to connect online, and the lessons learned from these changes don’t have to stop after quarantine restrictions lift.

Rev. Elizabeth Stevens, minister of the Unitarian Universalist Church of the Palouse, said her church has learned that gathering online increases accessibility for people with disabilities, members who live far away and others. She plans to continue some online offerings along with in-person services after the pandemic is over.

“We miss the hugs and seeing each other in person, but having it as an option I think just expands our reach,” she said.

Darby Anderson, home groups pastor for Real Life on the Palouse, said the sudden need for churches to adapt to the digital times should help them better reach younger people.

Real Life had, providentially, already started online worship offerings in December, Anderson said — but they had to scramble a bit to figure out digital small groups, which are a central component of their church community. Now that those are up and running on a variety of online platforms, he’s seen an increase in engagement that’s less dependent on each group’s leader.

“People are meeting each other’s needs and their needs are being communicated better than they have in the past, and I think that’ll continue,” he said.

Rev. Melissa Opel of the Spokane Buddhist Temple said her congregation is small and led by volunteers, so they haven’t been able to connect digitally in all the ways she’d like, but they have benefitted from online offerings from fellow Buddhists. A young minister who recently traveled to Japan to study rituals and chanting has been sharing chants on YouTube, and older reverends are sharing their lifetimes of knowledge.

This not only helps Buddhists in smaller towns, but also people who might be interested in Buddhism, Opel said.

“I hope people who are searching for things use the resources that are out there now, and that leaves a space … for them to explore and ask questions and interact in a way they might have been uncomfortable or unwilling to do before,” she said.

The changes and needs COVID-19 has brought to light among faith communities go far beyond technology.

Stevens and Opel both said the pandemic has given them hope that humanity can address the effects of global climate change.

“We’ve seen that if we don’t travel, the planet bounces back. If we cut down on our carbon emissions, there’s an incredible positive impact,” Stevens said. “It’s not too late. We can make some changes, we can find ways to live more sustainably.”

She also said the pandemic has heightened her congregants’ awareness of economic disparities, such as the tight profit margins of small business owners, the struggles of people without shelter during a crisis and inequities in the health care system.

“I think it’s shining a light on the holes in the social safety net,” she said.

Rehberg said the pandemic raises an urgent need for conversations about how to provide for the most vulnerable people and how to honor underpaid and underappreciated essential workers.

She also believes it reveals the need to care for people’s souls. She said she was bothered by language in stay-at-home mandates that deemed churches “nonessential.” When people are dying alone in hospitals and funerals can’t take place, she said, it emphasizes the need for the religious practices that often mark those transitions.

“If we’re going to care for the whole person, we have to understand we’re more than physical beings,” Rehberg said.

Anderson said the pandemic has led some people to a much-needed realization that humans are not in control.

“I think that by and large, humans are control freaks, and we worked ourselves into our self-imposed human hamster wheels in such a way that we felt that life was in control, and it never was. Our next breath was never guaranteed us, our next thought was never guaranteed us,” he said. “We actually get an opportunity to live by faith, which I feel is pretty exciting, and it’s more honest than the way we were living before.”

Churches likely won’t be able to dive right in to congregating as usual —public health experts and the federal government have said reopening will need to happen in phases.

Anderson said he thinks gradually gathering in small groups when it is safe, rather than rushing to get the full congregation together, will emphasize the importance of connection and relationships within his church.

When reopening does come, Rehberg said she hopes to see changes among communities of faith that reach outside congregational walls.

Churches can be places where people unite across partisan divides and model that cooperation to others, she said. People of faith can share their values publicly, for example speaking at a city council meeting or otherwise advocating for a moral society.

Opel said it falls on faith leaders’ shoulders to remind people of the ways they can make the world a better place, during and after the pandemic.

“To me, it’s really important for us to be the ones that keep pushing that forward, and reminding people what kindness and gratitude can do, not just for your life but for others,” she said.

Previous Don’t escape the empathy for your neighbors during the coronavirus pandemic
Next This Ramadan Is Unlike Any Other, But Remember: God is Everywhere

Going back to in-person worship is getting safer. It’s time for people of faith to reconnect. - SpokaneFāVS

[…] back in April 2020, I wrote a story for SpokaneFāVS about how local faith leaders were envisioning positive post-COVID changes in […]