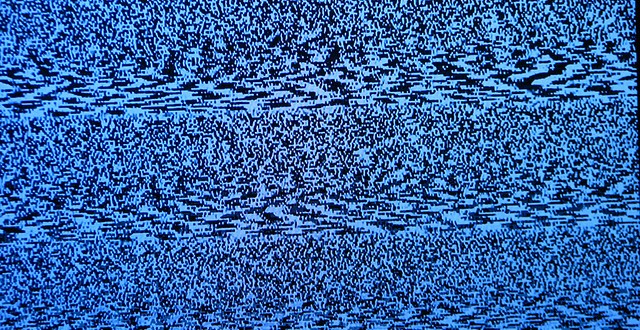 Swipe left. And again. Faster! Someone is hovering behind me, clearly impatient at my inability to make up my mind.

Hmm … what am I in the mood for tonight?

Standing in front of the outdoor Redbox as a line of impatient customers grows behind me only exacerbates my indecision.

Forget it. I just can’t decide and am not willing to spend two hours of precious time on a movie that may have scored below my 3.0 rating threshold. Next time I need to do more research and order online to avoid the pressure. I could simply gamble the $1.63 and try a movie that looks decent. My problem is I know that once I start the movie, even if it is bad, I won’t turn it off, and lead to further frustration.

Story-telling is probably one of the oldest forms of entertainment if not the oldest form. But ever since Thomas Edison and William Dickson invented the first moving-picture projector called the Kinetoscope in 1891, with the addition of sound in 1929, the art of weaving a tale to engage, delight, inform and even frighten audiences has evolved into a thriving industry and a common pastime.

According to eMarketer, the average American adult spends 5.5 hours per day glued to a screen viewing some form of digital content. This is roughly a 15 percent increase in just four years from 2011 to 2015.

The irony is that the average person perceives their lives to be “time-constrained” and, as University of Maryland sociologist John P. Robison pointed out in the Wall Street Journal article, “We’re Working More Hours-and Watching More TV,” “If you’re got time to watch television … you’ve got time.” On the flip side, the article also highlighted the U.S. Labor Department’s finding that time allocated to education in a 24-hour period declined by about 14 percent from 29 minutes in 2013 to 25 minutes in 2014.

Like many Americans, I am guilty of having more TVs in my house than I really need and I also confess to spend more hours looking at my iPhone than I probably should. Having spent over 2 decades in advertising and marketing, I appreciate the power of moving pictures to create emotion and compel audiences to feel and act. But because I have this knowledge, I also have a heightened awareness of my personal responses to videos I view on the boob-tube. At one point I took a break from watching the daily news on TV because I had become increasingly agitated, angry and fearful of people and the world. But my ostrich behavior didn’t serve me well on the morning of Sept. 11, 2001 when my husband had to inform me of a life-changing world event because I missed it. It became clear that I needed to be an informed citizen, since at the time I was much too young to become a complete hermit.
Given the array of digital content available for viewing at any given moment coupled with the hours folk invest in an average day, I couldn’t help but wonder more about the type of content people were “consuming.”  In my investigation I came across a few disturbing statistics regarding television viewing habits for children. Statistic Brain found that:

Not only are we spending more hours viewing, but the content is less than optimal.”

Educational digital content is readily available, but have the increased hours spent in front of the screen focused on the Discovery Channel or have they instead been glued to MTV’s “Jersey Shore,” along with 4.8 million other viewers, watching Snooki cheat on her boyfriend with her best friend’s guy?

Time is important. But perhaps content is equally or even more critical.

Personally, discernment in my choice of viewing coupled with an increased sensitivity to my emotional and even physical responses to the shows I watch arms me with the tools I need to navigate instead of hibernate.

I don’t watch horror movies; they give me nightmares and I can’t sleep. Who needs that?

I love picking up new ideas on Ted Talks.

I try to obtain more news content in the written form or on NPR instead of video so I am still informed, but less overly fearful.

If I could just give up my iPhone email, texting and social media and communicate with the people in front of me, I’d be set!

Previous VIEWPOINTS: How should we respond to Brussels?
Next Ask A Muslim: Is there a translation of the Quran you recommend?