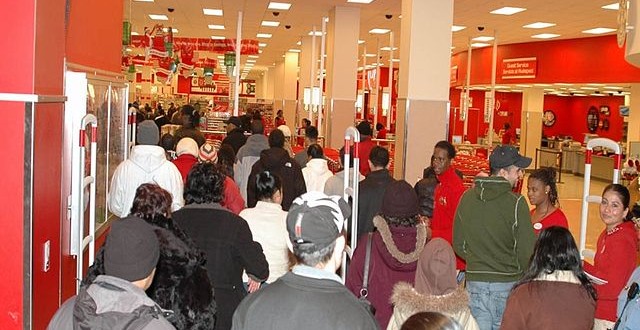 Faith and Consumerism: The forgotten gift

Rampant consumerism can be seen as the exploitation of the consumer. It has imposed financial slavery to most, and much of the time is a liar at best. It displays its self as the answers to your needs and desires. It tends to associate the “good life” with material prosperity.  People are purchasing goods and consuming materials in excess of their basic needs. Adults are suffering from higher levels of anxiety and depression by showering their children with toys and designer labels instead of spending quality time with them. Consumerism links physical appearance to self-worth, creating tension within marriages and relationships. Consumerism is the promotion of solutions to all your needs. Consumerism is the sale of lifestyle, image, nuance of renewal, through material prosperity and conceptual change. The quality of an individual’s, family and community life is a casualty of our unrestrained consumerism.

I would say that a meaningful real life is not found in consumerism by way of substitution or placation. I would say we are not designed for consumption, but something more. Walk with me and rediscover the whole sense and meaning of this gift.

For the Eastern Orthodox Christian, the time before Christmas can be described a time for introspection and practice of what we profess to believe, discovering the benefit to say yes to God while saying no to our desires.

In our American culture today, materialism has produced high anxiety. Despite the fact that most every carol that one hears, most retail ads that one reads, and most every film that is produced the result is the same.  With “Christmas” as a theme, there’s an attempt to persuade us that it’s a time for warmth, joy, spending time with family.  As if one were taking a break from the regular hustle of everyday life. If only this were the case.

On the contrary, the Christmas season seems to grow longer and more complicated every year and is preceded by statements that expressed in an ominous tone. It’s difficult to believe it’s that time of the season; Christmas is staring us in the face, can’t wait until Christmas is over, I’m not ready for Christmas.

I would say the ethos of American society is that we are more concerned with possessions more than being more?  Many of us are struggling to meet basics needs in our lives, living pay period to pay period.  People work long hours to max out their credit cards spending money they don’t have, to pay 17 percent interest, on things they don’t need, to impress people they don’t like.

Consumerism is a distraction and misleading indulgence, a substitute for a person’s relationships and meaningful course in life. Consumerism can be viewed as antithetical or in opposition to the Christian way of life with potential harmful effects.

Humans are driven by irrational forces, but by stimulating our inner desires creating a new way of controlling the masses. Take, for instance, the promotion of the psychology of dress.

Have you ever entertained the thought about how you could express your character? If we are all dressing the same, we will never see our beautiful hidden character. I’m sure all of you are very interesting and have wonderful things about you. Looking at you on the street you all look like pretty much the same. That’s why it’s important for you to know about the psychology of dress. Try and express who you are with your dress.

It’s not, do you think you need this piece of clothing; it is you will feel better with this piece of clothing.  Promotion of consumerism is rampant with ads like these. Not selling to your intellect, but appealing to how you will feel. You will feel better if you have this automobile or whatever.  We are nothing more than shopping malls. They put the mini malls and mini marts in between the major malls, mile after mile, a commercial cesspool coast to coast.

Americans love their most prominent addictions at the same time; shopping and eating. Millions of semi-conscious Americans shuffling through the malls fatly attracted to the slow death of fast food.  If you were selling sautéed whatever on a stick, Americans would be eating it. Especially if you dipped them in butter and put a little salsa on them. This country is big time pig time. Our national anthem should be a ball of macaroni and cheese and while you are at it king-size it, extra large it and super jumbo it.  Unfortunately, I am one of these victims.

We make consumption our way of life.  A large change in American culture has taken place; a shifting away from values of community, spirituality and integrity towards competition, materialism, and disconnection.

So to counter this tug a war, what to Christians of the East as perhaps in the West to some extent, do? While the rest of the world is feasting celebrating and indulging, we counter the movement with a focus and application of that particular Church event during the year. At this time of year, we are in what is the Nativity Fast or better known as the Advent Fast beginning Nov. 15.

Fasting involves our behavior in relation towards our fellow man; it includes compassion, aiding the oppressed and the poor, feeding the hungry, caring for the homeless. The true fast is not just a question of food, but it involves our relationship with our fellow humans.  It is a time for reflection of the entry of the living word into his creation, not written in stone, but to come alive by writing his word in our hearts.

But as we say yes to Christ, we must also learn to restrain our selfish desires, again making a point to both follow Christ and serve those in need.  No, we are not perfect and have many failings; however, I like to look at Christians as “a work in progress”, often falling and striving for, but realistically never reaching perfection.

To be an Eastern Orthodox Christian today means going against the current. But that’s not a bad thing to do. And that’s how it was for Christians in the first centuries and how it is now for us.  Those who participate in the fast, need to do so with humility, generosity, and with a love for others, in secret and not as a spectacle.  We must not fast like the pharisee.

“One reason for the decline or absence of aesthetical practices such as fasting in our times is a heretical attitude towards human nature, a false “spiritualism” which rejects or ignores the body, viewing man solely in terms of his reasoning brain.   As a result, many contemporary Christians have lost a true vision of man as an integral unity of the visible and the invisible; they neglect the positive role played by the body in the spiritual life, forgetting Saint Paul’s affirmation:  “Your body is a temple of the Holy Spirit…Glorify God with your body” (Cor 6: 19-20).

Instead of feasting this holiday season, spending time at parties and other early celebrations, we can abstain from our regular intake of food so that we have more time and resources to give to those who are in need. This time of reflection allows us to focus and to be more attentive to prayer and spiritual growth. We can sacrifice that Starbucks coffee for those in need.

I would say quite simply from the Christian perspective the failure to realize that life is love and communion with one another and not the indulging of self.  Seeking to fill the invisible spiritual hole within us with the visible materialism, only to find that one needs more and more of the world to satisfy what can never be satisfied.

So what is the answer to the whole sense and meaning of the gift?

Why not better one’s self by through giving of self to others rather than adorning one’s self with the world of consumerism; creating all the anxiety and stress, that most often accompanies it?  An early Christian Father once wrote:

“Begin by giving away what you do not need, what is just lying around unused to those who are in need.  Then you will begin to give what you can according to your means, and finally you will be READY to give away all that you have” –  St. John Chrysostom

And I would add “by doing so possess everything.”

Join SpokaneFAVS for a discussion on “Faith and Consumerism” at its next Coffee Talk at 10 a.m., Dec. 6 at Indaba Coffee/The Book Parlor. Damascus is a panelist.