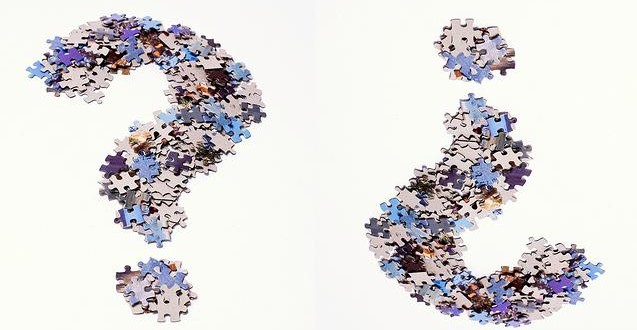 Thomas Jefferson once said, “Question with boldness even the existence of a God; because, if there be one, he must more approve of the homage of reason, than that of blindfolded fear.”

I’ve done a lot of thinking on this quote and upon the crisis of faith that we seem to be facing in our country, or more specifically within our own lives. These crises often arise due to trials and struggles that we endure while in this mortal existence.

To some, the quote from Thomas Jefferson on faith, and about questioning the existence of God, might be antithetical to talking about a faith crisis. But I think we can derive a lot of truthfulness in what Jefferson is saying. Agency, or the ability to make our own choices, allows us to question. And questioning in itself isn’t inherently a bad thing. Heavenly Father doesn’t want us to fear him. On the contrary, he wants us to love him, and sometimes even the most devout of us have questions. Especially when we face trials and uncertainties in our lives.

God doesn’t fear our questions, and neither should we. But those questions should lead to studying, our studying to pondering, and then our pondering to prayer. Most important of all, that prayer needs to lead to listening to the still small voice and the promptings of the Holy Ghost. When done in the proper order and under the direction of the Spirit, our questions can lead to a deepening of our faith and our testimony. It is only through honest spiritual questioning, and then experimenting upon the Word, that we can come to know that God does exist, and that he is very active in our lives.

But let’s also talk about what Jefferson isn’t saying. He isn’t saying doubt God, but to question with sincerity. From a Latter-day Saint’s perspective, sincere questioning by a 14-year old Joseph Smith led to a stunning revelation from a loving Heavenly Father, which ultimately led to what we call the Restoration of the Gospel. When we ask questions honestly and prepare ourselves to openly receive personal revelation, we can receive a deepening of our testimony and a more full conversion to the Gospel of Jesus Christ.

Life is uncertain. Life often throws the proverbial monkey wrench in our way. We all struggle with questions and sometimes even doubts. But according to President Dieter F. Uchtdorf, 2nd counselor in the First Presidency of the Church of Jesus Christ of Latter-day Saints, we should, “Doubt our doubts before we doubt our faith.”

In October of 2015, Mexico came under the threat of Hurricane Patricia, one of the largest hurricanes ever recorded at that time, with sustained winds of 200 mph. This Category 5 hurricane by all accounts was going to cause extreme damage to Mexico, leaving death and destruction in its wake. However, within twenty-four hours, Hurricane Patricia was downgraded to a Remnant Low. Why? Because as Patricia made landfall, the hurricane hit the rugged mountains in Mexico’s interior, which ground down its progress, causing it to lose steam.

There was still damage from the hurricane, however, those unmoving and unyielding mountains helped to reduce the toll on the citizens of the affected cities.

Today we face our own hurricanes, huge storms that threaten to destroy and tear us apart, trials of our faith which by all accounts we have no way to defend against. But if we fix ourselves firmly in the truth and an unshakable belief in God, we can weather these personal storms. We won’t be spared our trials, because trials are here to shape us and mold us, to make us better people. But we do have the blessed assurance that after the bluster and threatening of destruction, after the rainfall, the sun will come out again. That warm sun that will help us to see that we have weathered the storm, and though we may have not come out unscathed, we have come out as someone stronger.

Let’s face it. Life isn’t always easy. There are many of us whom struggle with our testimony. There are many more who have sincere questions. I truly believe that if we follow the simple formula of questioning – studying – pondering – praying – listening,  and then planting in ourselves a firm belief in the power of God, that most, if not all concerns and fears will be washed away in time. Then we will come to greater appreciation for the love for God.

As strange as the concept may seem, we need take heart and rejoice in our trials. They will help us draw closer to Christ. They will hopefully make us realize we need help.

And my friends, there is something remarkably freeing to realize that you can’t do this life by yourself, but you can with the help of Him who experienced all things.

In Philippians 4:13 we have the greatest promise of all to help us through this mortal existence, “I can do all things though Christ which strengtheneth me.”