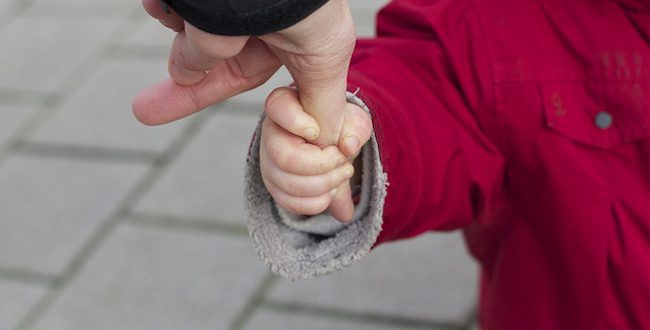 Facing the truth about being dishonest as a parent

As a parent, I struggle with whether it is in my son’s best interest to be honest with him all the time. So when a news segment came on recently having to do with parents cheating and lying, I turned up the radio.

On Aug. 2 NPR social science correspondent Shankar Vedantam reported on a study indicating that parents aren’t the best role models when it comes to being honest, but they expect their kids to be honest. Gender played a role in determining to what extent parents were honest or dishonest around their kids. Parents were less likely to cheat and lie in the presence of their daughters, suggesting that women are held to a higher ethical standard than men. Of further interest, parents viewed cheating and lying as positive and altruistic if their children benefited from it.

The study made me feel a little better. My own dishonesty with my son serves usually to avoid upsets, like decluttering the house and throwing things away only to play dumb like I don’t know where they are when my son asks. Then I feel guilty, especially if the garbage truck comes before I can dig through the trash for any missing treasures.

However, the bigger question of what constitutes a lie and whether it gets in the way of my relationship with my son remains. It came to the fore a few years ago when he became aware that going to doctors meant getting poked with needles and gassed to sleep with a mask.

Whenever we enter a medical facility, my son’s anxiety level goes up. He never stops asking if he’s going to get a poke or the gas mask. His anxiety arises from the trauma he has experienced his whole life from being pinned down for needles to be set or for gas masks forced over his nose and mouth to put him to sleep.

My dishonesty with my son arises from his anxiety, and mine.

When my son first started asking me if he was going to get poked or gassed, I said nothing because I didn’t want to lie to him. My silence made the situation worse. Then I switched tactics by offering vague responses like “I don’t know honey. That’s a great question. You can certainly ask the doctor when we get there.” This seemed to work like magic.

But one day, while in the room with my son and an anesthesiologist, going over procedures for the following day’s body scans, something switched for me in observing how the anesthesiologist answered my son. From the moment he arrived for his appointment, he never quit asking if she had any needles or gas masks.

I sat quietly. I listened carefully. She said, “No pokes or gas. For you, just juice and a balloon.”

What? Juice and a balloon? This doctor’s crazy, I thought. Why is she lying? Sure enough, the next day, to sedate him for his tests, the anesthesiologist gave him a sip of ‘juice’ (drowsy medicine called Versed) and a ‘balloon’ (an inflatable device that he thought he was blowing up by breathing gas through a mask). I watched my son doze off to sleep peacefully, without upset, without arching and screaming and panicking from being pinned down on the table.

The anesthesiologist was brilliant in how she answered my son, even if it meant lying to him a bit. Learning from her, I now take the freedom to stretch the truth in answering my son’s angst of an upcoming procedure. I say, “No pokes or gas masks, sweetheart, just juice and a balloon.”

Some people disagree with me on this. They advise me to be honest and forthcoming with my son that he is going to get poked and gassed. Otherwise, I prevent him from facing and working through his trauma and fears.

Advise can be helpful, but I seek to be wise. Why cause an unnecessary upset or induce more trauma for the sake of pure honesty? Am I not making my son’s entire wellbeing top priority by taking the liberty to lie or mislead him at times?

Previous Ask An Eastern Orthodox Christian: Is yours the only true church?
Next No-Li turns beer into volunteer work

Ironically, the Pilgrims settled in an American Indian village, which, along with its agricultural fields, was deserted because of the epidemic.