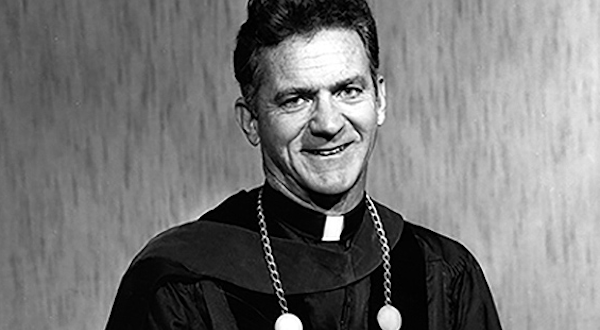 When Coughlin became GU’s president in 1974, Gonzaga was a small, financially struggling school, according to a press release. During his 22 years as president, the university experienced unprecedented growth in finances, campus size, student enrollment, and academic reputation. He went to serve another 20 years as Gonzaga chancellor.

The exhibition features more than 100 items, including his presidential medallion, honorary degrees, his publications, awards for chairing the Spokane Area Chamber of Commerce, and the Anti-Defamation League’s Distinguished Community Service award.

Located in the Cowles Rare Book Library, on the third floor of the Foley Center, the exhibition is free and open to the public weekdays: 9 a.m.-6 p.m. and weekends 11 a.m.-6 p.m.

The exhibition is available online as well.