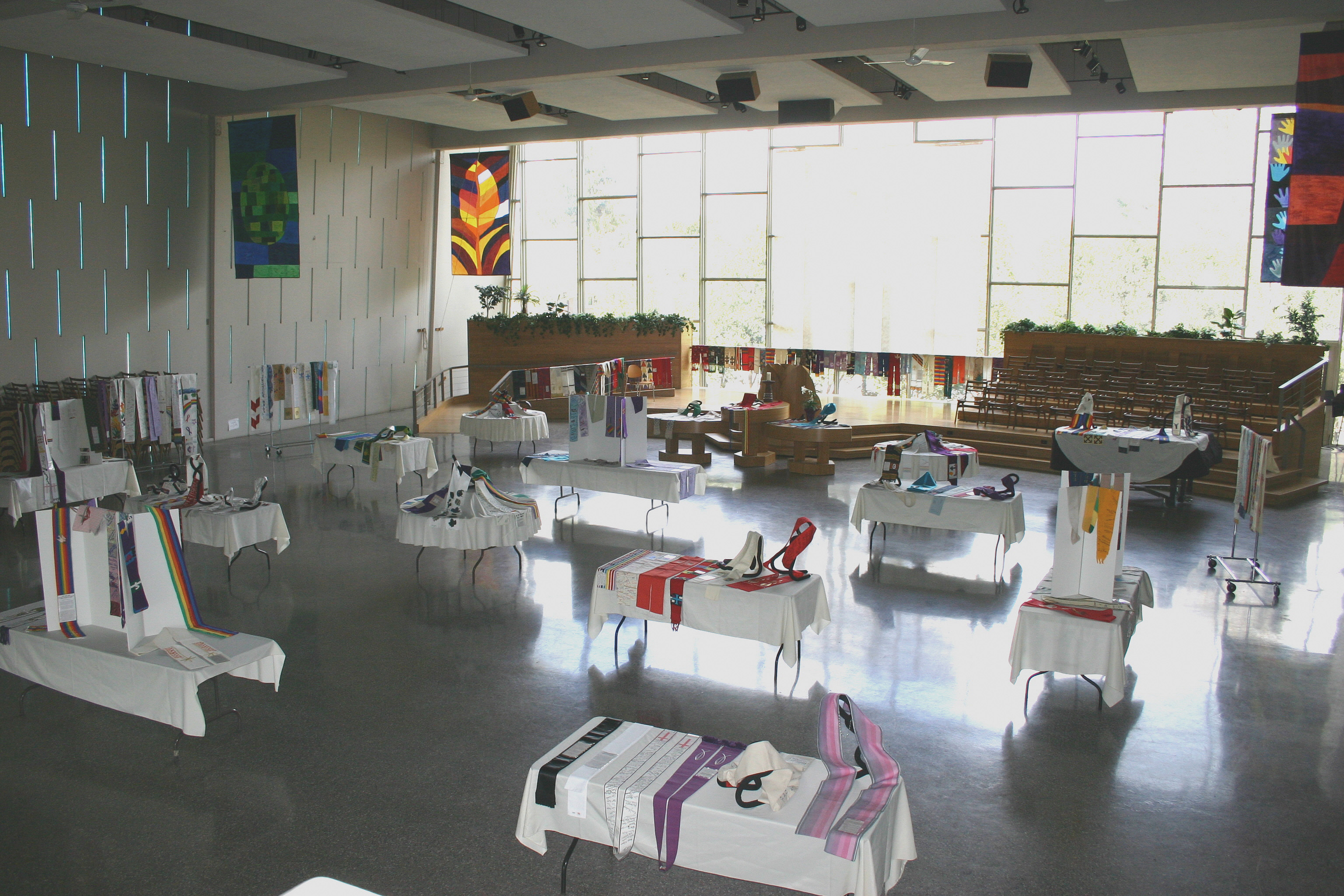 The Shower of Stoles is a traveling exhibit of stoles and other liturgical items, each telling the account of an LGBT person who is active in the life and leadership of their faith community.

“Each of the stoles has a story involved about people effected by it (LGBT struggles within the church), so when you view them, you read those stories and feel the power of the presence of all of them, literally you’re in room surrounded by the power of what they say and what they represent. It’s so very moving; a very wonderful experience,” The Rev. Paul Rodkey said.

The Shower of Stoles began in 1995 when Martha Juillerat, a then closeted Presbyterian minister, was faced with the threat of being defrocked by the church. She and her partner asked their friends and colleagues to send a stole to hang at the presbytery meeting on the day that she was to set aside her ordination. She received almost 80 stoles overnight, according to The National Gay and Lesbian Task Force.

The exhibit began touring in 1996 and has grown to include more than 1,000 sacred items from 32 different denominations, including Presbyterian, Jewish, Baptist, Religious Science, Lutheran and dozens more.

Bethany Presbyterian first hosted the exhibit 11 years ago. Rodkey said the church felt it was time to bring it back to Spokane, though it wasn’t necessarily timed to the state’s same-sex marriage legislation.

“A person of faith might argue it’s not coincidental,” Rodkey said.

The theme of the exhibit, which will be April 28-May 4, is Listening to the Silenced: Stories of LGBT Spiritual Leaders. Besides public viewings of the exhibit, Bethany Presbyterian will also host several panels, including LGBT Youth and Suicide on April 30, Rewards & Challenges of Raising LGBT Kids on May 1 and a marriage equality discussion on May 3 with representatives from Washington United for Marriage.

“I do expect that things will change over time,” Rodkey said, noting the recent same-sex marriage debate at a Spokane City Council meeting. “But the only way it will change is when people finally understand we’re dealing with human beings, not an issue. When you turn it into an issue, you turn away from humanity.”

Partial exhibits have already been on display at Gonzaga University and Spokane Falls Community College. Today Eastern Washington University will have a partial display and The Community Building in downtown Spokane will show it Thursday.

SHOWER OF STOLES EVENTS (all at Bethany Presbyterian)

Listening to the Silenced: Stories of LGBT People of Faith, 6 p.m. April 29

Marriage Equality: It's a Faith Issue Discussion, 6 p.m., May 3

Previous Daryl Geffken
Next Are you planning to go see the Shower of Stoles?