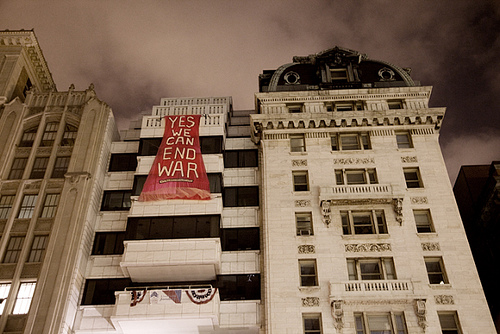 Evil exists because we allow it 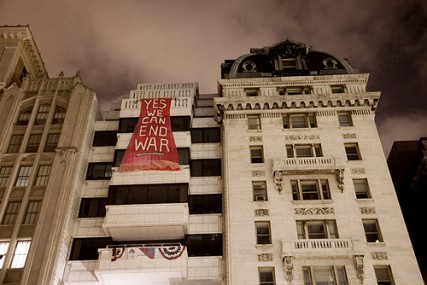 It has long troubled me that the word “good” has two antonyms: “bad” and “evil.” Like there isn't a more potent level of “good” to be the opposite of “evil,” to stand against evil. All “good” has going for itself against evil is small, comparatively — yet somehow, not inadequate. I believe very few actions are “all good,” or “all evil.” There can be ideals, sure, but no absolutes. We humans are sneaky with the loopholes.

What is thought of as the best solution at the time (“good”) can generate so many problems later on down the road (“evil”).

Forgive me for saying so, but I'm thinking of Israel/Palestine here. If it were up to me, I'd give that whole passel of land back to the British. Or, maybe the Buddhists, anything that would be helpful to get those two groups of people from hating and killing each other. Consensus must be actively maintained, with respect given and received from both sides.

It is compelling to me that with human-on-human violence (or, evil, as it were) there is always a resistor to that violence. The slavery system in the Old South was met with the Underground Railroad, and quilt patterns designating safe houses for escaped slaves, and songs about “The Drinking Gourd” were, in fact, resisting that unjust domination system. There were so many resistors to Nazi violence against the Jews and others. There are similar networks for victims and survivors of domestic violence. There are war resistors; there are resistors to companies that profit from degrading natural resources; there are so many small, good people who stand up to big, bad evil. I'm thinking of Daniel Berrigan pouring blood on a nuclear warhead, and hitting it with a hammer.

There is something within the human spirit that says, “No. This is wrong,” when faced with treatment which does not reflect the sacredness of all life. That something is the divine spark, and it has the power to turn around a conscience bent on self-will or destruction of others.

The Truth and Reconciliation Commission in South Africa has done such amazing work, doing repair of the deep scars of violence which have riven that country. Yet, it was costly, slow-going, and involved lots of people who were so deeply committed to the process. Would something like that work in America, with the generational affects of slavery and racism? Who has the political will to achieve something like that, in America? Would it kill us to try?

Yet, evil is mighty profitable to some. (Who cares about Katrina-ravaged Gulf of Mexico? BP doesn't. Outside of the court-mandated payback, I mean.)

The short answer is, “Because we allow it.”

The long answer is far more nuanced…. including definitions of “good,” “evil,” “values,” “personhood,” “justice,” “injustice,” “love,” “family,” “dignity,” and then standard obfuscating tactics… but the long answer definitely includes, “because we allow it.”

This post was prompted by this week's Viewpoints question “Why is there evil in the world?”