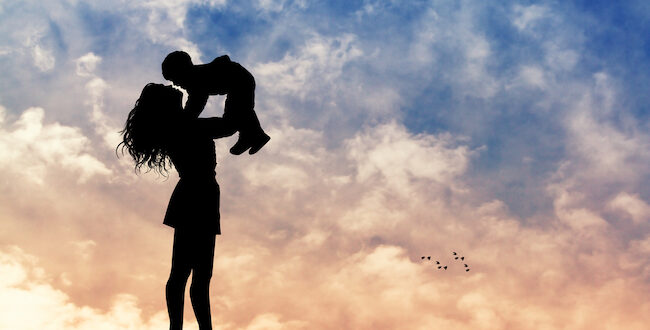 mother and son at sunset/DepositPhoto

I once read the declaration that every day is Mother’s Day and Father’s Day in Judaism because of the command to honor one’s parents. This, however, is an oversimplification. What about abusive parents? The short version of a very long discussion is that the command to honor parents is not a command to remain the victims of abuse. In Judaism, these verses are not considered “Get out of jail free” cards for the abusive parent. Yes one should honor their parents, but what that honor looks like can vary.  A rabbi once explained, “We’re commanded to honor our parents and sometimes, in difficult situations, the best way to honor them is to keep your distance.”

There is an oft-quoted Jewish story about honoring parents that says even if a parent berates an adult son in public, spits in his face, and tears the son’s clothes, the son should stay silent and not contradict his parents. However, discussions on this tale often leave out a major part of the story — the parents who behaved this way are suffering from dementia where they are not in control. Most sages rule this recommended child behavior does not apply to parents who are in control of their behavior and are able to act appropriately.

If a parent is a wicked person and/or abusive to a child, most Poskim indeed rule that the child need not passively suffer and take the abuse, and may defend themselves and rebuke the parent for their inexcusable actions or do anything else that needs to be done to save themselves from an abusive situation. Nobody should suffer in silence. Nobody….

There are limits to what is involved in honoring a parent. Here are just a few examples: According to halacha (Jewish law)  it is forbidden for parents to be too demanding of children in the name of honor. A parent may not make a demand of a child that causes the child to lose income. A parent is not allowed to slander a child and if a parent does so, the child is allowed to respectfully state the accusation is false.  If a parent commands an adult child not to speak to someone and the child wants to, there is no obligation to obey the parent. If parents try to interfere in their married child’s life, the children are allowed to send the parents away.  As part of honoring parents, a child is expected to feed his/her parents if they cannot feed themselves, but, in most cases, the child does not need to use their own  money to do so.

R. David Cohen suggests that there are limits to how much a person is allowed to spend in order to fulfill a positive commandment—no more than one-fifth of one’s monetary assets—he argues that emotional distress and psychological consequences are excessive personal costs that free one from an obligation. He maintains that Halakhah does not re-victimize abused children by forcing them to honor their abusers; that would be a price much too high to pay..

Furthermore, the Talmud concludes that while a child must expend time and effort in order to honor a parent, the child does not have to spend any personal resources; the obligation is fulfilled mishel av, with parental assets. While many acts of honor make demands on a child’s time, emotions, and energies, the emotional and psychological burdens imposed on an abused child in order to honor an abusive parent far surpass any appropriate mi-shel ben filial (responsibility). In addition, children are not obligated to honor parents when the expressions of that honor support sinful acts. Acts of abuse are sinful and children are not required to submit to them (Dratch later cites examples explaining that “abuse” by parents includes neglect, physical abuse, sexual abuse, and emotional abuse)… In addition, there are authorities who consider parents who violate rabbinic law to be excluded from the category of those who deserve honor as well.

When asked to summarize the Torah, Rabbi Hillel said, “What is hateful to you, do not do unto others. The rest is commentary. Go and study.” In some ways, this is very different from the Christian “Golden Rule.” I know of a woman who expressed immense relief when presented with the Jewish version. Jesus is often quoted as saying a version of, “Love your neighbor as yourself.” A friend once explained the Jewish version to someone. That person wept with relief. She had an abusive person in her life and she always struggled to love them.  She felt like a failure for not being able to do so. On top of struggling with the abuse, she also struggled with the guilt of not being able to fulfill that ideal. However, she realized while she couldn’t love them, she could treat them the way she wanted to be treated. She didn’t want to be abused and she didn’t want to be drawn into the horrible arguments, so she gave herself permission to distance from the abuser.

It’s important to note that Hillel’s famous line ends with, “Go and study.” In Judaism, there’s a strong tradition of always studying and learning Torah. He provided a very brief summary and acknowledged there is so much more to the Torah. So while people should treat others the way they want to be treated, people should also continue to study — Torah and themselves. One studies Torah by reading from the source, reading commentaries, discussing, and consulting with people who have more training and education. So too should people study themselves and their experiences with the help of therapists, books, and research.

…people should not be making such decisions on their own. When someone has been hurt, he or she is often not in the best position to determine what the best course of action is, even for their own emotional well-being.  It is not advisable for people in emotional distress to  decide on their own whether it is best for them to talk to their mother or cut off all communication.  It is not advisable for them to decide on their own whether that they should not say kaddish, sit shivah, or the like.  A person might impulsively decide not to sit shiva, only to years later regret this decision, winding up feeling that by not sitting shiva he has allowed his father to continue to have a hold over him and that this has prevented him from achieving closure.  At the end of the day, it is best that these decisions by made with help from a psychologist, rav, or with someone with the experience, wisdom and training to determine what decision ultimately is the right one, both for their parent, be he or she living or dead, and for their own mental and emotional health and well-being.