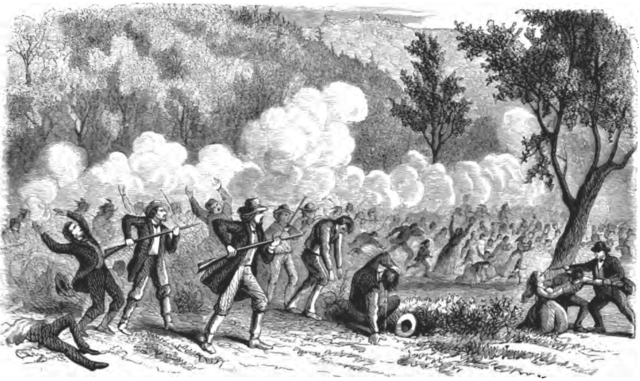 Every religion has dark corners

Every religion has its dark corners, its shameful episodes in the past — or present  — that its members find embarrassing at best, faith-shattering at worst. Mormonism is no different.

A recent New York Times article featured Hans Mattsson, a high-ranking leader in the Church of Jesus Christ of Latter-day Saints in Sweden, whose faith was shaken when he learned about some aspects of our history that troubled him or didn’t match what he had been taught (Joseph Smith’s polygamy, the mechanics of how the Book of Mormon was translated, and the priesthood ban on members of African descent, to name a few). I deeply sympathize with him.

While I knew from a very young age that Joseph Smith practiced polygamy — my ancestor, Melissa Lott, was one of his plural wives — I was a college graduate before I learned about the Mountain Meadows massacre. I was horrified when I realized the role that faithful, active Latter-day Saints, members and leaders, played in the murder of over a hundred men, women and children. And I was upset that in two solid decades of weekly church attendance, four years of seminary during high school, and four years of religion classes at BYU, I had never heard this tragedy mentioned.

Similarly, the daughter of an active LDS friend of mine came home from middle school in tears one day. She had learned in her U.S. history class that Mormons used to practice polygamy. It simply hadn’t ever occurred to my friend to bring it up and, apparently, the topic hadn’t been broached at church either.

Frankly, our church needs to do better educating its members of every age about their own history. Our current church-wide correlated Sunday School lessons are woefully inadequate for that purpose. Every four years, we spend 40 minutes each Sunday studying the Doctrine & Covenants, a collection of revelations mostly received and recorded by Joseph Smith.

Ostensibly the lessons include historical information, but the lessons are arranged thematically to make doctrinal points. The historical narrative is secondary to the doctrine, and stories are almost always taken out of context, described as if they were discrete events, unconnected to anything before or after. Troublesome aspects are usually omitted, glossed over, or grossly simplified to keep the focus on faith-promotion.

But there are positive signs. For the first time this year, the church is issuing a series called Revelations in Context which provides in-depth historical information related to each section of the Doctrine & Covenants. In fact, the entire website at history.lds.org is well worth investigating. Recent updates to section headings in the Doctrine & Covenants reflect the most current and accurate historical research and correct errors perpetuated in previous editions. The Joseph Smith Papers Project, sponsored and supported by the Church History Department, is publishing a wealth of information, letters, minutes, notes and other documents from the early history of the church.

We seem to be entering a renaissance of sorts for LDS history. Numerous other projects, undertaken over the past several years with the good will and cooperation of church leaders, include professional historian (and faithful Latter-day Saint) Richard Bushman’s cultural biography “Joseph Smith: Rough Stone Rolling,” a 2008 study of the Mountain Meadows massacre (which I recently reviewed here), and a new biography of Brigham Young published last year by a historian not affiliated with the church.

Just as the church has a responsibility to be forthcoming and make accurate historical information available, it is incumbent upon us as Latter-day Saints — and members of every faith, for that matter — to accept the obligation to educate ourselves. We are a faith that believes that “the glory of God is intelligence, or in other words, light and truth” (Doc & Cov 93:36). Rather than weakening faith, I believe that open, honest and transparent discussion of our past, especially the darkest corners, can strengthen and renew faith by helping us come to a better understanding of truth and a greater appreciation for our flawed, human predecessors.

Previous BRIEF: Group to rally for immigration reform on Saturday
Next POLL: Are your religious beliefs visible on your car?