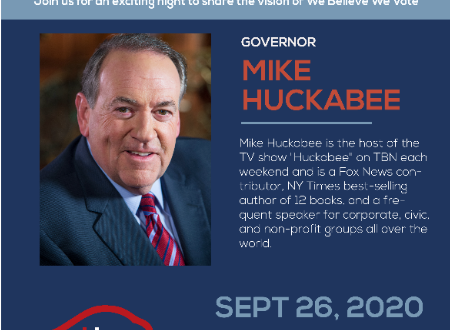 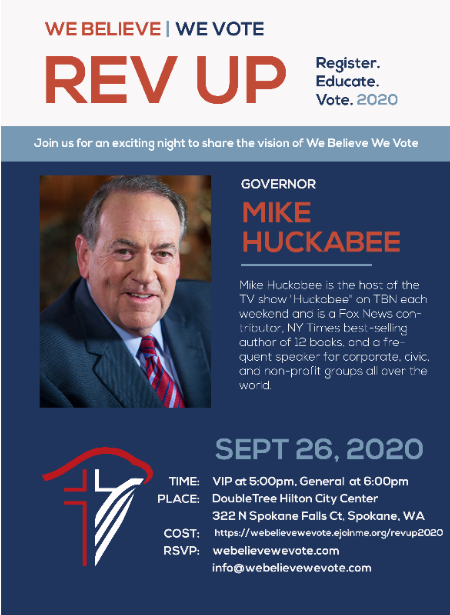 VIP ticket holders will be treated to a private reception with Governor Huckabee. All attendees will experience an insightful and motivational evening as to WE BELIEVE WE VOTE’s 2020 campaign focus is threefold voter Registration, Education and getting out the Vote!

Mike Huckabee is the host of the TV show “Huckabee” on TBN each weekend and is a Fox News contributor, NY Times bestselling author of 12 books, and a frequent speaker for corporate, civic, and non-profit groups all over the world.

He was the 44th Governor of Arkansas from 1996 until 2007, becoming one of the longest serving Governors in his state’s history. He left a legacy of tax cuts, job creation, the reconstruction of his state’s road system, K-16 education reform, and a nationally heralded and duplicated health initiative that focused on prevention. His administration fought long-standing corruption in the state’s political machine, resulting in numerous indictments and convictions of powerful legislators and other elected officials. In 2008 and 2016, he ran for President of the United States, finishing 2nd in the Republican primary in 2008.