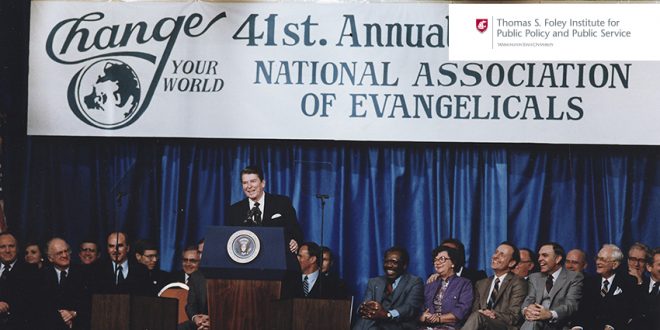 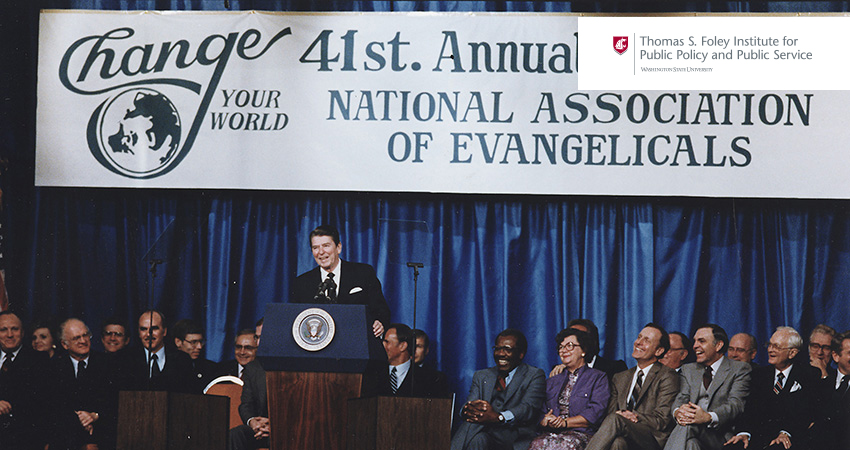 Evangelical Christians are the strongest religious voting block in America, despite being a relatively new coalition. How did they come to hold such power?

In this program, Sutton traces the history of the religious right in America, from its early roots, to its rise to power under Ronald Reagan, to its enthusiastic support of Donald Trump. Feeling besieged by secularism, family breakdown, and government encroachment, evangelicals have taken to the pulpit and the airwaves to explain how Biblical end-times prophecies make sense of a ravaged modern world. What does this mean for our current political system, and how might the movement change? Explore the history and meaning behind this uniquely American movement.

Matthew Sutton is the Edward R. Meyer Distinguished Professor of History at Washington State University. He received his PhD from the University of California at Santa Barbara. His most recent book is American Apocalypse: A History of Modern Evangelicalism. Sutton has been featured on National Public Radio’s Morning Edition and MSNBC’s The Last Word, among many other news shows.