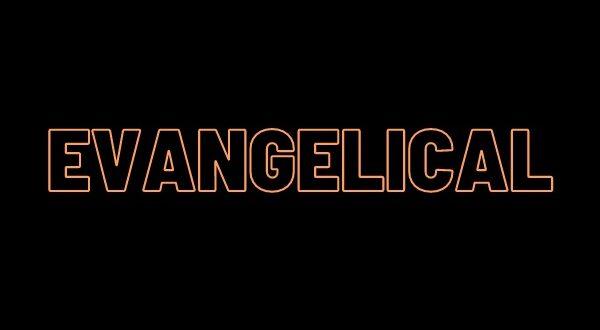 I am bothered by the media’s habit of using “evangelical” to designate socially and theologically conservative Christians. This happens even in FāVS columns.

I am upset by this habit because I belong to the Evangelical Lutheran Church in America, a socially and theologically progressive denomination. Gay and lesbian members of our congregation have told me that they hesitated in coming to our church because of the connotations “evangelical” has accrued. Fortunately, our display of a rainbow banner convinced them that we might be a welcoming sanctuary.

Why doesn’t our denomination just give up and drop “Evangelical” from its name? This has been suggested, but church leaders want to stay true to the global ministry implied by the term and to its biblical roots.

“Evangelion” is the Greek noun version of the English adjective “Evangelical.”Its earliest biblical appearance is as the third word in the Gospel of Mark, the earliest Gospel.The word is usually translated as “gospel” or “good news.” The next words make it clear that we are about to hear the good news of Jesus the Christ.

John Merritt points out in “What Does ‘Evangelical’ Mean?” (“The Atlantic,” Dec. 7, 2015) that before Mark used the term, it was in use by the Roman Empire to announce the “good news” of the Emperor’s military victories. Mark’s and Jesus’ appropriation of it is a radical counter-claim. The good news is not of Roman imperial rule, but that “the Kingdom of God is at hand,” as Jesus preached at the outset of his ministry (Mark 1.14-15).

So Jesus’ evangelism has a sharp political edge. I don’t have the space or expertise to illuminate this edge. For a powerful scholarly account of it, see Ched Myer’s “Binding the Strong Man: A Political Reading of Mark’s Story of Jesus” (1988).

What is evident without much scholarship is that Jesus’ announcement and embodiment of the Kingdom of God challenged Rome’s dependency on military might and conquest.God’s Kingdom instead depended on fulfilling the heart of the law: love God, love neighbor as self (Mark 12.31).

Furthermore, according to Jesus’ actions and teachings, it depended on being a good neighbor to whomever is in need—the poor, the hungry, the sick, the wounded, the lonely, the imprisoned, the outcast, the strangers in our midst (see, for example, the parable of the Good Samaritan in Luke 10.29-37 and the teachings in Matthew 25.31-46).

One would thus think that whoever is a good neighbor is an evangelical.

According to Merritt’s above-mentioned article, “evangelical” began to branch off toward its current meanings during the Protestant Reformation of the 16th century. Martin Luther used the term for churches which had broken off from Roman Catholicism. Even now in Europe, Latin America and perhaps elsewhere “evangelical” often means “Protestant.” This of course is unfair to current Catholics, many of whom, including the Pope, are more evangelical in the root sense of the word than many Protestants.

Merritt argues that a narrower U.S. meaning emerged in the 18th century during the cultural event known as the Great Awakening, when many Protestants attended revival meetings where they were “born again.” To be an evangelical Christian in America, one could not just be a born and confirmed Christian; one had to be “born again.”

Subsequently, in reaction to the rise of modern biblical criticism and science (especially the theory of evolution), biblical literalism and social conservatism grew to characterize those who were called evangelicals in America.

Now journalists know that they need to distinguish between white and Black evangelicals, since many of the latter are socially progressive and read the Bible as a call to liberation and social justice. Last year the Southern Baptist Convention had to back down from its criticism of Critical Race Theory since it is integral to the Black theology of many Black Southern Baptist preachers who see in the teachings of Jesus and other prophets a condemnation of historic and systemic injustices and inequalities.

The press has also recently acknowledged the progressive evangelicals of Brazil who, unlike conservatives, do not support the actions of Brazil’s Trump-like president. Instead, they call for social justice and economic reform that is mindful of the poor.

It would be nice if the media would recognize that there are also progressive white Christians in America who have a claim to one of the branches of the evangelical tree.

I’m not denying that many conservative white Christians might also lay claim to one of the branches. But not the whole tree.

Perhaps journalist should stop using the word “evangelical” and instead distinguish between conservative and progressive Christians.This is unlikely to happen. So I will just perch on a branch of the evangelical tree and aspire to be a good neighbor.

Previous Letter to the Editor: A Note to Spokane’s Jewish Community
Next Maus, Joe Rogan, and the paradox of progressive content banning