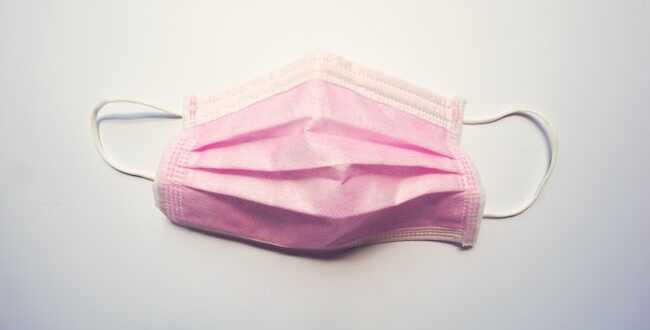 Photo by Leohoho on Unsplash

For most of August my partner and I were cruising the Danube and Rhine Rivers. We began our trip at SeaTac; we had to show proof of full vaccination before boarding, and we wore masks for the entire 20 hour-flight to Bucharest, Romania.

At no time did we feel that our freedom had been curtailed. Quite the contrary, we were thrilled that these precautions had given us the freedom to travel safely for the first time in 16 months. The freedom to infect others is simply a license to endanger public health and let people die.

At our Bucharest hotel we took our first Covid tests, and we were tested every morning for the entire cruise. One couple tested positive, and they were not allowed to board the ship the next day. We assumed that they were put in quarantine, and we learned nothing more about their fate.

We were taking the rapid antigen tests, which are now 90% accurate. We were required to spit in a tube, and the results were known in time for our morning excursions. One day a person did not produce enough saliva for the test, and he was barred from leaving the ship. One new guest, boarding in Budapest, somehow didn’t understand that it was saliva that was supposed to be put in the tube!

Mask wearing was required on the ship, and at every stop we were asked to wear them for any indoor visit. When we arrived in Germany, we were issued the nation’s official N-95 masks, the indoor coverings were strictly enforced. In Austria and Germany, we also experienced contact tracing for the first time.

As far as I know, every European nation except Iceland, Norway, Sweden, Finland, Italy, and Belarus still has an indoor mask mandate. All except Belarus are almost infection free; however, Sweden remains to resist pandemic restrictions, putting them in a partial lock-down since September 2020, leaving the country to have a poor pandemic record. With 38% of the population of the five Nordic countries, Sweden has reported 76% of the covid deaths.

Vaccine mandates in Europe have boosted the average participation rate to 70%. In Portugal, 86% are now fully vaccinated, and, in a country of 10.2 million, peak Covid-19

Over 80% of Italians are now fully vaccinated and proof of one jab is required for entering any business or workplace. There have been protests, but not anything at all comparable to the U.S. Cases in Italy topped out at 41,194 on Nov. 13, 2020 and dropped to 1,595 cases and nine deaths on Oct. 18.

At the highest point in each state in the last two months these red states reported 43,629 cases while the blues had only 10,754. On Sept. 13 Tennessee alone registered 11,977 cases.

On Oct. 8, there were 130 Covid-19 patients in Kootenai Hospital in Northern Idaho. On the same day, there were 220 comparable patients in all 14 Northwell Health hospitals in New York City. Why should any rational being say that vaccinations don’t work?

In the Lancet medical journal researchers have estimated that 22,000 more lives could have been saved if Texas and Florida had followed the covid protocol of the People’s Republic of Massachusetts, as some on the right call it.

According to the Kaiser Family Foundation, “about 90,000 more Americans likely died from June through September for failure to get vaccinated.” The estimated toll for September alone was 49,000 more casualties. The study also found that, during this period, the disease was also the leading cause of death for the 35-54 age range—second leading cause for all ages.

In his inaugural address Donald Trump spoke about “American carnage,” even though violent crime rates fell to their lowest under Obama. The real slaughter was the hundreds of thousands of preventable deaths due to the negligence of Trump and his allies.

On Oct. 20, a Brazilian Senate committee released a report charging President Jair Bolsonaro, even more irresponsible about Covid-19 than Trump, with “crimes against humanity” for this failure to protect his people from the disease. (In a nation of 214 million Brazil’s pandemic deaths, as proportion to our population, would be 931,000).

Would our own Senate dare propose a similar charge?

Previous Saying Goodbye to “Youth”
Next Violence Meets a Whirlwind