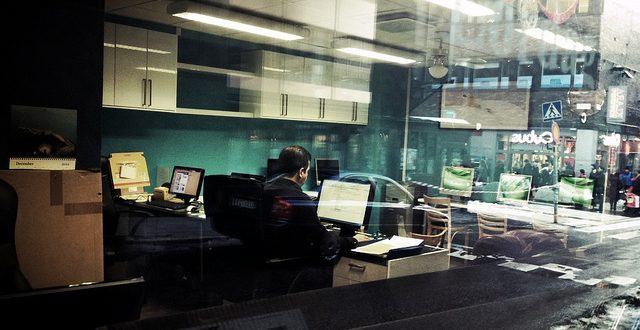 Ethics in the Workplace

The subject of ethics in the workplace always creates conflicting emotions in me. There’s the sterile “Here’s the rules that you should always follow” mode – a product of countless ethics training sessions while in the Navy, as a government contractor, and later as a government employee – and there’s the “No fooling, it actually happened to me” mode – a product of situations that weren’t covered by the rules.

The rules have resulted in some hilarious situations for me. There’s the time that a client brought a bottle of champagne to the office and left it for the director as a thank you gift. But government officials can’t accept gifts above a nominal value (usually set at $5) so the bottle of champagne ended up in my cubicle overhead cabinet for several months while I tried to return it to the client – who was very hard to connect with.

There have also been some very serious situations involving the rules. The USS Secota was a Navy tugboat stationed at Midway that my command overhauled. It was transferred to Navy control after acceptance testing and the Navy personnel didn’t turn on the seawater cooling while running the engine and damaged the engine – effectively destroying the usefulness of the tugboat. Instead of admitting the mistake, they left the tugboat tied up to the pier. If a private individual hadn’t notified me, it would have been towed to Midway with no one officially knowing. As it was, I was able to document the likelihood of damage, a quick inspection was conducted (by the ones who caused the damage) which stated there was no damage, and the tugboat was towed to Midway where, surprise! The engine had to be completely reworked. A year later, the tugboat was sunk when it was alongside a Trident submarine and the engines quit and the submarine’s tail fins sliced the bottom off the tugboat. The captain of the tugboat lost his life. I discuss this more fully in Making Mistakes, Telling Tales, & Sinking Ships (PODCAST!).

However, focusing on the rules and how to apply them ignores the harder situations that are more likely to be faced. These are the “No fooling, it actually happened to me” situations.

For example, I once had a client that held a conference. We planned to served lunch and refreshments, so it was announced that money would be collected to pay for the food. I handled all the arrangements, collected the money, made the payments, and was left with a small amount of cash left over at the end of the conference. In situations like this, normally refunds are given to the participants or the money is spent on a last-minute set of refreshments. In this case, however, my client told me to hold on to the money and it would be used to fund other activities of the client’s office. I immediately knew this was trouble – petty cash funds are forbidden in most every situation in government because the funds can’t be traced to legitimate activities. But the client got around this by having ME hold the funds. It wasn’t illegal for me to have a petty cash fund. I got around the situation by 1) keeping a ledger of the fund and 2) requiring a receipt for all expenditures. Because I knew that the colonel in charge would eventually find out and I wanted to be able to give a complete accounting of all funds. My client didn’t fare so well.

Ethics in the workplace is an extension of personal ethics. The organization and society are composed of individuals. But saying that the individual determines the organization’s or society’s ethics is not straightforward because we are social animals. In fact, Peter Senge, author of the Fifth Discipline, uses his Beer Game simulation to show that people’s behavior in organizations is influenced by the structure of the organization. The implications are that organizational response to ethical breaches creates the very problems that the rules try to eliminate. If the organization responds as if every ethical breach is intentional, then no one wants to be seen as doing anything wrong – because the consequences will be severe. Perhaps one of the most remarkable stories is one told of James Watson, Jr. of IBM fame and his reaction to an executive that cost the company 10 million dollars. When the executive went to see Watson he offered to resign, Watson exclaimed, “Resign!! I just spent $10,000,000 training you!”

The ultimate secret to having ethical behavior in the workplace is to have ethical leadership. This starts at the top and seeps down through the layers of the organization. If the leadership is focused solely on the quarterly profits, the message will be received that anything that leads to profit is good. The result will be Enron. On the other hand, ethical behavior at the top will lead people to being treated as real people with lives that encompass more than the workplace. And the mores that we live our daily lives by would be the mores of the workplace.

Previous Today’s Coffee Talk on “Work Ethics”
Next Are you ‘poor’ yet?