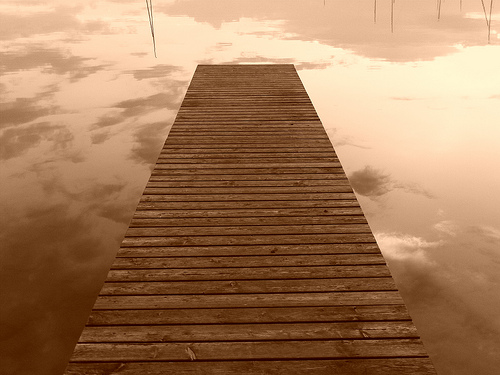 Eternal life is the greatest gift 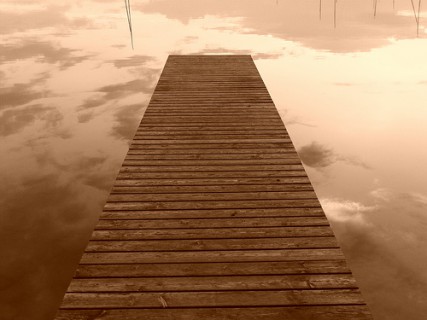 Four years ago, my younger sister was diagnosed with stage 3 ovarian cancer; she had surgery and chemo and then was in remission. One year ago, we found out that my sister’s cancer had returned. Again she had surgery and chemo, is now in excellent health, and we have every reason to expect her to stay that way for a long time to come — at least until a cure or a much better treatment is found. But even though my sister’s outlook is so good, when someone close to us, or we ourselves have an illness or disease of this magnitude, it is impossible not to have our thoughts turn to things of an eternal nature; in fact it’s very appropriate to do so.

Eternal life is a defining doctrine of The Church of Jesus Christ of Latter-day Saints. John 3:16 reads, “For God so loved the world, that he gave his only begotten Son, that whosoever believeth in him should not perish, but have everlasting life.” In writing this, I understand that not everyone believes there is such a thing as eternal life. Those of us who do believe may disagree as to what that life will look like, or what will qualify any of us to obtain eternal life. In writing this, I am not asking anyone to give up their own beliefs; I would simply like the opportunity to express a small part of what I believe.

In the Book of Mormon, Alma 19 tells about the conversion of King Lamoni, a Lamanite king. Verse 6 says that “Ammon (a Nephite missionary). . . knew that king Lamoni was under the power of God; he knew that the dark veil of unbelief was being cast away from his mind, and the light which did light up his mind, which was the light of the glory of God . . . had infused such joy into his soul, the cloud of darkness having been dispelled, and that the light of everlasting life was lit up in his soul . . ”

Why is “everlasting life” so important that it would light up Lamoni’s soul? Why do we, today, care about eternal life? The spiritual knowledge that I have, from reading holy scriptures and the words of prophets and apostles of God — why does that light up my soul? There are many answers; I want to mention three:

1. On a very basic level — we want to live. Not just for the few years of a typical life span, but forever. I believe every human has an instinctual sense, given to us by the light of Christ, that this life could not possibly be all there is. Death cannot be the end of our existence.

2. We want to return to our Heavenly Father — again, on a very instinctual level, we are homesick for him and for the place he lives, just as we are homesick for our loved ones here on earth when we are away from them. John 17:3 says, “And this is life eternal, that they might know thee the only true God, and Jesus Christ, whom thou hast sent.”

Fortunately, our feelings are reciprocated and Heavenly Father wants us to return to him. In The Pearl of Great Price (another book of LDS scripture), in Moses 1:39, the Lord says, “This is my work and my glory — to bring to pass the immortality and eternal life of man.”

3. This is what I want to focus on here. We want to continue our associations with family and friends. These associations are interrupted by death, and while we have to accept those interruptions temporarily, we do not want them to be permanent. Doctrine and Covenants (yes, yet another book of LDS scripture) 130:2 says: “And that same sociality which exists among us here will exist among us there, only it will be coupled with eternal glory, which glory we do not now enjoy.”

After 9-11, President Gordon B. Hinckley, then prophet and president of The Church of Jesus Christ of Latter-day Saints, was interviewed on the Larry King show; his interview followed that of a man whose wife had died in the plane that crashed into the Pentagon. Hinckley had these compassionate and comforting words:

“My heart reaches out in sorrow, as I listen to the people you have interviewed tonight and particularly Mr. Olson. I was touched to the bottom of my heart by the terrible price which has been taken in terms of the loss of his beloved companion. But I have no doubt, none whatever, of the fact that life is eternal, that we are immortal beings and that when we step over the threshold from this life to the next, it will be for those who do that, a pleasant and uplifting and wonderful experience.”

In October of 2006, Elder Joseph B. Wirthlin spoke at a General Conference of the LDS church. His talk , titled “Sunday Will Come” had a great impact on me.  It specifically relates to this third point, that we all want to continue our relationships with our families and friends.  I’m going to quote quite a bit from it, as he says everything so eloquently and reassuringly.

Elder Wirthlin reminisces about his parents, his younger sister, and his wife of 65 years, all of whom preceded him in death. Hinckley (previously referenced) had spoken at Wirthlin’s wife’s funeral and said that “It is a devastating, consuming thing to lose someone you love. It gnaws at your soul.” Wirthlin then says, “He was right. As Elisa was my greatest joy, now her passing is my greatest sorrow. In the lonely hours I have spent a great deal of time thinking about eternal things. I have contemplated the comforting doctrines of eternal life . . . We know what the resurrection is — the reuniting of the spirit and body in its perfect form.”

Then he mentions a concept that is of particular interest to me and maybe will be to you:

“President Joseph F. Smith (prophet and church president 1901-1918) said ‘that those from whom we have to part here, we will meet again and see as they are. We will meet the same identical being that we associated with here in the flesh.’

President Spencer W. Kimball (prophet and president 1973-1985) amplified this when he said, “I am sure that if we can imagine ourselves at our very best, physically, mentally, spiritually, that is the way we will come back.'

Can you imagine that? Life at our prime? Never sick, never in pain, never burdened by the ills that so often beset us in mortality? “

My sister had cancer and my mother has lived with constant, debilitating, crippling pain for years. One of my sons has both autism and an intellectual disability, and I have often thought about, and looked forward to, the day when I will meet him again after this life, and he will be the person he really is, unencumbered by a handicapping condition that is part of this mortal realm but will not be part of his eternal life once this mortal portion is finished.  We all have people in our lives with these kinds of challenges, and we may have them ourselves.

“The Resurrection is at the core of our beliefs as Christians. Without it, our faith is meaningless (bold is mine.) The Apostle Paul said, ‘If Christ be not risen, then is our preaching vain, and [our] faith is also vain’  . . .

When Christ rose from the grave, becoming the first fruits of the Resurrection, He made that gift available to all. And with that sublime act, He softened the devastating, consuming sorrow that gnaws at the souls of those who have lost precious loved ones.”

Wirthlin then rehearses the events of Christ’s arrest, sham trial, torture and crucifixion. He talks about the devastation and sorrow of Jesus’s mother, friends and apostles who watched him.

“I think that of all the days since the beginning of this world’s history, that Friday was the darkest.  But the doom of that day did not endure.

The despair did not linger because on Sunday, the resurrected Lord burst the bonds of death. He ascended from the grave and appeared gloriously triumphant as the Savior of all mankind . . .

. . . Jesus the Christ, the Son of the living God, stood before them as the first fruits of the Resurrection, the proof that death is merely the beginning of a new and wondrous existence.

Each of us will have our own Fridays—those days when the universe itself seems shattered and the shards of our world lie littered about us in pieces. We all will experience those broken times when it seems we can never be put together again. We will all have our Fridays.

We will all rise from the grave. And on that day my father will embrace my mother. On that day I will once again hold in my arms my beloved Elisa. Because of the life and eternal sacrifice of the Savior of the world, we will be reunited with those we have cherished . . .

. . . It is my solemn testimony that death is not the end of existence . . . From the depths of my sorrow, I have rejoiced in the glory of the gospel . . .

. . . May we understand and live in thanksgiving for the priceless gifts that come to us as sons and daughters of a loving Heavenly Father and for the promise of that bright day when we shall all rise triumphant from the grave.

That we may always know that no matter how dark our Friday, Sunday will come.”

Two years after giving this talk, Joseph Wirthlin died, and now he is with his beloved wife, his parents and his sister. I continue to be grateful for his powerful testimony that eternal life is a reality.

Doctrine and Covenants 14:7 says: “And, if you keep my commandments and endure to the end you shall have eternal life, which gift is the greatest of all the gifts of God.”

That is what I believe, that eternal life is the greatest gift.