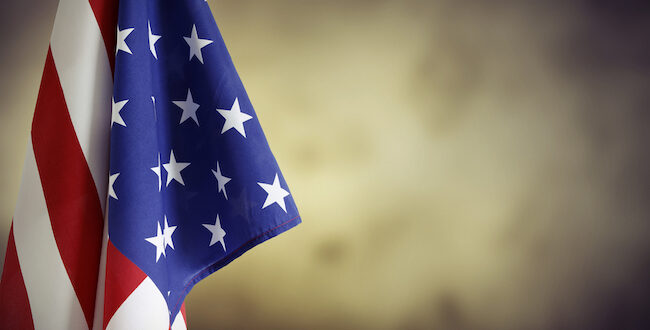 We’ve all been hearing recently about protests that are taking place as a reaction to some of the more disturbing ramifications of social distancing.  It is only natural that a rebellion should arise, while so many Americans are out of work and forced to stay at home. Naturally, people begin to feel oppressed under such circumstances, and it is to be expected that some would take to the streets.

However, there is something unusual about the nature of these protests. We see people showing up at City Hall with assault rifles, waving American flags, flaming with indignation over their privileges having been removed. Ostensibly, tyrannical governors are to blame. There is a feeling that these anti-American authority figures are exploiting the current crisis in order to rob their constituents of their Constitutional rights.

One such protest occurred in Spokane a few weeks ago in response to Gov. Inslee’s having extended the stay-at-home order through the end of May. Their rallying cry was: “Freedom is the cure!”

But let’s examine that statement. Is freedom, in and of itself, a “cure?” What does the word “freedom” suggest in such a context? And what does that freedom cure? Obviously, to put oneself and others at greater risk of contracting a deadly disease could not possibly be a cure for that disease. But what does it cure? Where is the healing power in an excessive show of freedom?

“We need to start thinking like Americans again,” one of the protesters is quoted as having said. But how is an American supposed to be thinking in such a situation? Is it “American” to demand personal freedom at the expense of the health of countless others?

It would seem that such an attitude is actually antithetical to the spirit in which this country was founded. Here we have been taught since grade school that each of us has the right to do whatever we want to do, so long as it does not interfere with the rights of others. But the more wanton form of freedom that these protesters appear to be advocating does interfere with the rights of others. If people are going to be congregating in my vicinity without wearing face masks or paying attention to my need that they be safely distanced from me, that interferes with my right to take reasonable care of my health.

So it can’t possibly be really about freedom. What it’s about is entitlement.

In a USA Today article dated April 29, former Chief of Homeland Security and Governor of Pennsylvania Tom Ridge has this to say:

“These self-absorbed and selfish Americans complain they are irritated, anxious, bored, upset — unhappy that their lives have been affected by this temporary restraint on their freedoms.”

Ridge, who was awarded the Bronze Star for Valor for his service in Vietnam, is keen to clarify that true patriotism is not about entitlement – it’s about sacrifice.

“In this war against the indiscriminate and lethal enemy, nurses, doctors, ambulance drivers and countless other health care workers are serving on the front lines. While wearing a different uniform, they are surely putting their lives at risk just as I did as a young Army staff sergeant 50 years ago.”

Ridge continues: “As a veteran, I look at these protests with a different perspective and believe many veterans would agree.”

One can only imagine how people displaying such a flagrant sense of entitlement might appear to heroic men and women who have made great personal sacrifices in the service of their country. It is also disturbing that these demands would be associated with “patriotism.” If prisoners of war who loved their country could serve years in foreign jails, why cannot our own citizens, professing that same love for America, last out more than a couple months of sheltering in their own homes?

It is understandable that with all the economic and emotional factors involved, the nature of social distancing would drive a lot of people mad.  But that’s not the point I’m driving at. It’s the combination of entitlement with patriotism that is of concern here.

It’s one thing to have an entitled attitude. We run across it all the time. It’s another thing to mix entitlement with nationalism. And where have we seen this before? The spirit in Nazi Germany might not have been much different than this.

Hitler’s followers committed abhorrent atrocities in a spirit of total entitlement. In addition to feeling they had the right to participate in the murder of 6 million Jews, they felt justified in targeting the weakest elements of society – the disabled, the terminally ill, and the homeless – and sending such people to concentration camps and to their deaths.

While I don’t want to indulge a trendy comparison of modern America to Nazi Germany, I think it is interesting to see where such references emerge and who is saying them. Often, we find people accused of being “Fascist” by the very people whom I observe to be moving in the direction of Fascism.

At a Trader Joe’s in Palo Verdes, California, a woman was kicked out for refusing to wear a mask. Her reaction was captured on video, where she went on and on about this being the “land of the free and the home of the brave.” The inference is that they had no right to remove her from the store. The truth is that store owners have the right to decide on whatever policy they choose.

What is even more interesting is that the people who promulgated this video on YouTube, who call themselves the “Lockdown Channel,” refer to the people wearing masks as “sheep” and to those who enforce such rules as “Gestapo.”

“She advises the employees and customers that the fear of a pandemic is being used to take away our freedoms, there is no law or reason to wear a mask and that they are acting like Gestapo and Sheep!”

In reality, there is nothing about setting a store policy regarding the wearing of masks that even remotely resembles the actions of a force composed of nearly 600,000 Germans who by the end of World War II were killing thousands of people every day.

But there is something about the combination of entitlement and patriotism that resembles the spirit of Fascism that engulfed Germany in the 30’s. If we are to look at today’s events in light of history and reason, we need to be careful to discern where the nexus between Fascism and America truly lies.