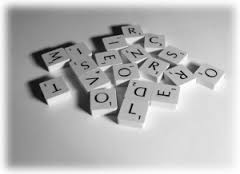 Not enough words for God

I don’t know if other languages have the same problems describing the almighty, but English simply does not have enough words. English-speakers are stuck with choosing from one of two gender-specific pronouns: he or she.  That’s very limiting to describe a limitless God.

God does not have gender, God is neither he nor she but it’s all I’ve got to work with. If I use he as was always done in the churches I attended until just recently, I run the risk that women who have been hurt by males will be afraid of this Father-God. If I try to use she, often stumbling over the word because it is such a foreign way for me to address God, I possibly create a barrier in the minds of those more old-school like myself, people for whom Mother-God evokes an image of an earthly Greek goddess and not the creator of the universe. Heaven forbid I should use the pronoun “it” to describe God, as this would probably offend everyone. “It” seems without personality, without consciousness, without life. As a third option, “it” really sucks. Can’t go male, can’t go female, can’t go neuter…where to go?

Some people try to avoid this linguistic difficulty altogether by only using the word God at all times, but this can get a tad redundant. “The Lord is my shepherd, I shall not want. God maketh me to lie down in green pastures. God leads me beside still waters. God restores my soul. God leads me in paths..” — you get the idea. And even this example holds a hidden gender problem; the word Lord is emphatically male. To try and write this verse using the female slant would require us to use the word “lady” which brings its own alternate meanings. Frustrating!

I don’t want the words I use to be a barrier keeping people from God, so how do I portray God as the truly inclusive, all-loving parent that he/she is?  By using as many different words as I possibly can. Mother, father; creator, sustainer; master, savior; lover, friend.  There simply aren’t enough words to describe God.  God’s just too big for language.

Join us for our next Coffee Talk for a discussion on “The Desensitization of Language” which will be at 10 a.m., April 5 at Indaba Coffee. Shannon is a panelist.