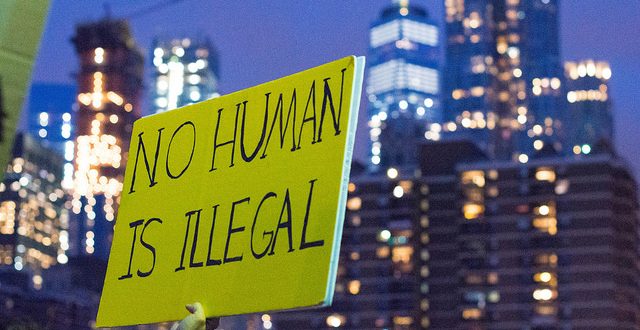 Trump and his administration finally did it. They announced the end of DACA (Here’s the problem with Trump’s action revoking/ending) — a program that has protected almost 800,000 undocumented youth from deportation after coming to the U.S. as children.

Here’s the problem with Trump’s action revoking/ending the DACA program – these are real people! They had no control over their collective destinies, they accompanied their parents as children. Five years ago under the Obama Administration they were given hope, treated like humans and respectable citizens, so they started to dream of finally ‘belonging.’ Then this week, out came the challenging, threatening changes making life miserable for these 800,000 young people yet again. It is cruel in the extreme.

The DACA program has enriched our society, given hope and security to almost a million young people, and allowed them to finally ‘belong’ where they have lived, gone to school and contributed. Through no fault of their own, they find themselves in this unprecedented predicament. They cannot be sent to their country of origin because they have no affiliation to it, yet they are being told they cannot stay here because they are undocumented. They are modern-day nomads.

To them it must seem all we wanted to do was create a database. “Come register,” we told them, “No persecution. It will be good because you will have a chance to work, study and live a normal, safe, life.” Yet with the removal of the program, people are being followed home, and arrested in their driveways, without regard for breaking up families and the trauma being left behind in the wake of these actions. My heart goes out to them. One has only to listen to three or four stories to know we are judging DACA recipients based on twisted facts. They are working as scientists, teachers, health and social workers, and are an integral part of our society. They pay millions in taxes each year.

They deserve a chance at normalcy and the ability to put down roots so they can finally say, ‘ I’m home.’

Naghmana Ahmed-Sherazi moved to Spokane about four years ago with her son. Coming from a huge bustling metropolis like Houston with its varied and diverse micro-cultural communities, she said it was interesting to see people’s reactions when they met her or her son. She said she has so far loved living in Spokane with its four seasons and unique landscape.
Originally from Karachi, Pakistan, she has had the good fortune of travelling since an early age and has had education on four different continents. She considers herself a global citizen.

Previous How to be unhappy
Next Opa! 82 Years and Still Dancing at Spokane’s Greek Fest