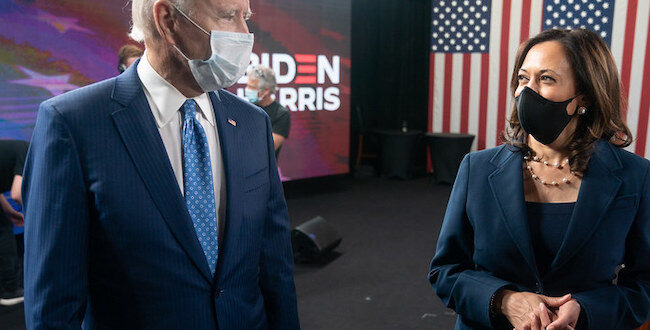 Empathy may be hard after Election Day, but it will bring us closer together

Empathy may be hard after Election Day, but it will bring us closer together

On Nov. 7, when it was announced Joe Biden was President-elect, like most of my friends, I was elated. I was also troubled.

Four years ago I was working with a group of journalism students covering the election when an editor came out and asked for everyone’s attention. He told us the Associated Press had just called the election for Donald Trump.

I watched as the students held back tears. Some went outside or to the bathroom to cry.

My stomach also dropped and my face, I know, went pale.

And that’s how 47% of our country felt on Nov. 7 when they learned Trump lost.

Even if someone has wronged me, or hurt me, or offended me, I don’t take joy in their pain.

On Facebook I wrote, “Celebrate, yes! But let’s also remember 70 million Americans are feeling crushed right now. Let’s give them a minute to grieve. Perhaps that empathy can be a first step toward our country finding unity again.”

Comedian Dave Chappelle remembered Trump’s 2016 victory, too, and that night on “Saturday Night Live” said exactly what was on my mind, “I would implore everybody who’s celebrating today to remember it’s good to be a humble winner. Remember when I was here four years ago? Remember how bad that felt? Remember half the country right now still feels that way.”

I think his monologue was received better than my Facebook post. Although it was shared several times and got 100 thumbs up, overall what I wrote didn’t go well. It illustrated the division, the hurt and the anger plaguing this country.

My Republican friends sent laughing emojis my way and began to badger anyone who commented on my status.

My Democratic friends found my post offensive, especially those in the BIPOC and LGBT communities. For four years they’ve felt harassed and scared, they said, and thought it was insensitive for me to ask them to sympathize for their offenders.

And I get it. I’m a woman. I’m queer. I’m a journalist. For those reasons, I too have felt attacked by the president, and thus those who support him.

Buddhism teaches us to genuinely wish for the happiness of others, and so this has been my spiritual practice, especially throughout this election season. Ven. Thubten Chodron of Sravasti Abbey writes in her book “Awaken Every Day,” that our response to people who threaten or harm us should be to “generate love, wishing the other person to have happiness and its causes.”

And the Bible teaches something similar in Matthew 5:44: “But I tell you, love your enemies and pray for those who persecute you.”

What if both sides begin to do this? Love each other. Wish for one another’s happiness. We could have a compassionate country, instead of a reactive, visceral, disunited one.

But it’s not an easy task, and I realize I may have pushed for it too soon with my Facebook post.

Listening to, understanding and loving our foes takes work. It takes healing and forgiveness, and that is going to take some time.

As a friend of mine said, “Maybe after people have danced in the end zone for a while, some will hear that empathy message and open up.”

So Dems, celebrate. Republicans, have a good cry. And then let’s find a way to come together and work on caring for another.

Previous Intolerance to Heal Intolerance
Next The Christmas Surrender