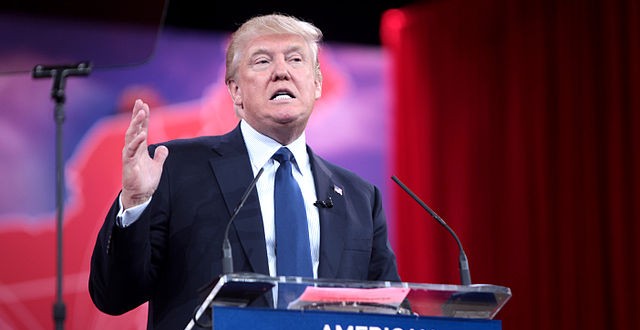 It is a surreal experience listening to the GOP Convention in Cleveland (PBS’s live coverage).  I was about to fix dinner, some spaghetti (it’s what I can afford), but wasn’t sure how hearing the convention would affect my digestion.

The moment when the chair decided that a plainly divided hall on the roll call vote (where the states would have to commit openly to go ahead with this debacle) clearly indicated a pro-Trump “nay” when it didn’t, suggested any Never Trump movement was doomed.  The Trumpistas, complaining of a rigged political process, do know how to pull the rigging themselves when needed.

The party had already adopted the most xenophobic and retrograde platform in its history (and that’s saying something given the last 20 years), seeing pornography as a national threat and chanting the purity of “traditional marriage.”

It’s a worldview wholly congenial to David Duke’s tidied up KKK, or Tony Perkins’ Kulturkampf Family Research Council, and the convention looks to follow that narrow set of tropes, oblivious to the world outside their bubble.

The podium is not restricted to white people.  To the contrary, very conservative citizens of color have appeared on stage to declare their opposition to Obama’s leading the country to “socialism” or how violence in the black community is apparently the fault of Obama’s presidency, without a smidge of connection to endemic racism or social inequality, or even any awareness of the demographic reality that Trump is flat-lining among minorities.

Never worry, the Donald will make everything better.  At least when seen from the bubble.  God is on Trump’s side, after all.  They said it at the convention.

Combatting terrorism and making America prosperous and Great Again is the aura of the moment in Cleveland.

A doddering and frail Bob Dole (the 1996 candidate rolled over in Bill Clinton’s reelection, back in those days of balanced budgets and more progressive income tax) extoled Trump and his bumper sticker themes in an interview, even as two prior Republican presidents and the most recent GOP presidential candidates fail to run for the exits only because they don’t plan on coming at all.

This is the party of Abraham Lincoln.

Of Wendell Wilkie, even (go ahead, Google him).

Hell, it’s even the party of Richard Nixon, who shared with Trump an “us or them” mentality and nastily combative temperament, but at least had demonstrable finesse with geopolitical statecraft that puts the Donald’s “you’re fired” property flipping resume to shame.

As someone who voted for Ronald Reagan and the first George Bush (though went to Clinton in 1992 as the harbinger of better ways of doing things), the dismal depths to which the GOP has fallen in this summer of 2016 only added to my threat of indigestion.