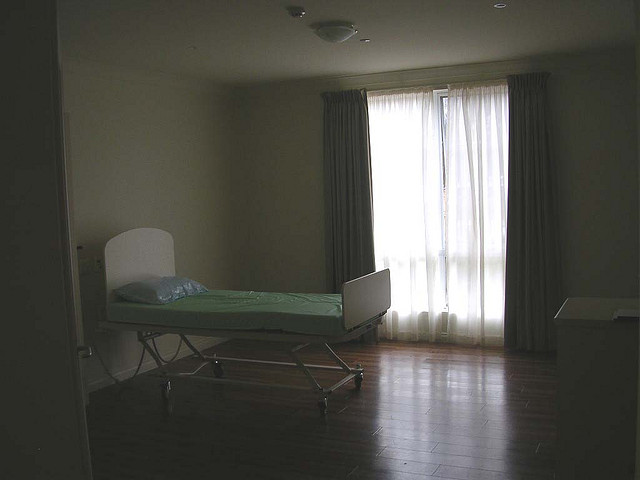 Ego, context and the death penalty

When I first started making myself into a professional religionist, I thought of myself smoking a pipe, wearing academic robes, surrounding myself with religious art, sitting in a cloistered office and library, spouting the beautiful, truly amazing subtleties of doctrine. Although I was good at that, I soon gave that up. I found my ego seduced.

Recently six members of the anti-death penalty committee of the Peace and Justice Action League of Spokane, members of Safe and Just Alternatives to the Death Penalty, crossed the Cascades to lobby with East Side legislators. We visited about nine representatives this year, all Republicans. We all noticed this year a change in our reception. Three or four years ago much of the discussion with those who would bother to meet with us centered on the questionable morality of the state retributively killing someone because they had been found guilty by the legal system. Finding that most legislators agreed that the death penalty was immoral, but still might be practically justified in supporting it, we changed our presentations from moral argument to eduacation, providing data showing how it was no deterrence, was most expensive, was used unjustly, and was often killing innocent victims. Using well established data, more legislators began to agree with us: it ought to be abolished. Some still pointed out that they had to convince their constituencies, and even requested our aid.

We noticed a difference this year. The use of data to educate had worked in several cases. It seems that everyone knew how costly, ineffective and unjust the death penalty was. While some legislators may need to twist into Gordian knots to reconcile their personal opposition with their need to remain electable, all but two agreed with us — the death penalty needs to be abolished.

Why did these two insist on holding on to their belief that the death penalty was good? It was not a matter of ignorance or lack of knowledge. Also, it did not seem to be because they felt the need to compromise their views in order to stay elected. I sat in their office listening with amazement to the most illogical, in one case, and in the other the most blatant controlling the conversation and changing the topic to how much he enjoyed his work in early childhood education. They didn’t bother to respond to any of our arguments or suggestions. They supported the death penalty, and wouldn’t bother telling us why.

I suddenly realized we were not involved in either an adult discussion of evidence or a mature puzzling through the morality of our state resorting to immoral behaviors to preserve justice and the general welfare. We were instead challenging how they saw themselves. They needed to feel good about themselves. Nothing wrong with that. However they based their opposition to repeal not upon how well they would appear if they did serve justice, but on how well they would appear if they attached themselves to the tapings of a cause that is often portrayed as socially good, i.e., law and order. They believed that it was more important to look good than to be good. In fact, I believe that their moral development did not allow a distinction between those two concepts, being or appearing. They were raised to believe that belonging to a certain political and social class was good because that class was good. Therefore anything that would suggest that they were not strictly adhering to the party line would suggest to them that they might not be as good as they liked to think of themselves. That can be intolerable, especially if one had an ego that depended heavily on the approval of others. And politicians need approval. Just look at how some we see on TV go for the laughs and cheers, and beam their self-enjoyment when they receive their ego fix.

Now, I know that this moral immaturity can be a problem for anyone regardless of party persuasion. A liberal might make an idol out of their nice looking humanity loving party just as easily as some gun toting, flag waving  fake cowboy looking conservative enjoys the fantasy his costume allows him to feel part of. But that is no moral or practical argument. In fact, our tendency to make idols out of our social groups can be as problematic as any application of unsupportable dogma and illogical thinking we use to hold on to bad behavior. Often the facts of any situation are treated as irrelevant. The most important argument is in how well we can decorate our argument with appealing words, contexts and stories.

Most of the books by George Lakoff – “The Political Mind;” “Don’t Think of an Elephant;” or “Thinking Points’ Communicating Our American Values and Vision” – excellently describe how it is not the facts but the positive acceptance of the context in which we embed these facts that persuade. This idea of context is also very influential in our opinions about religious values and attitudes. A good example of this religious application of context to validity is suggested by Marcus Borg. In his 2006 book, “Jesus,” he points out that good, deep thinking Christians are on both sides of the literalist versus the symbolic understanding of the creation stories, the invasion of Iraq, gay marriage, and economic policies that benefit the rich over the poor. Each side often traces their views back to how they understand the ministry of Jesus. Was he a moral social reformer preaching a new way of love of neighbor, or was he a spiritual purist who was teaching us what God required of us if we wanted everlasting life? “Our culture wars are to a considerable extent Jesus Wars.”

We may differ about how we see Jesus. That is an important question, one which hopefully involves us in respectful historical, linguistic, and sociological investigations. It also hopefully lends itself to our closer, deeper, and more humble observation of our own motivations for accepting one argument over another.